‘Simpsons’ Characters You Can Be For Halloween

A Classic “Treehouse Of Horror” Moment

‘Ted Lasso’ May Have Gotten Too Happy With Being Nice

Thanks to production houses such as GOLDHEART Productions and The Kloscara,  independent cinema survived the pandemic and film festivals are being reactivated little by little  around the world.

Since the first festival “Mostra D ‘arte Cinematográfica’ was created in Venice Italy, film  festivals have become the most important forum for cinema lovers to get together and see the  best films that are being produced. The festivals are also crucial platforms for filmmakers and  the entertainment industry to discover new productions, new talents and above all enjoy good  scripts. Over the years, the most recognized film festivals have endured and many more have  been created.

During the pandemic, some festivals were canceled and others postponed their events. Now that things are returning to normal, we see that many festivals are open for  submissions from talented and inspiring people, who despite the difficult circumstances of  working during the Covid 19 pandemic, never stopped creating, producing and filming. This is  the case of Sant Cugat Fantastic Horror Film festival that on September 24, 25 and 26, 2021, in  its seventh year, presented films recorded during the pandemic that stood out for their scripts  and their originality. “El Tigre Callejero” is one of them.

The story of El Tigre is the journey of a  taciturn hero and vigilante with a thirst for revenge in his search for truth, justice and  redemption. Like the comic on which it is based, “El Tigre Callejero” is a tribute to all the films  of the 80’s and 90’s where revenge thrillers were filled in abundance with Science Fiction,  action heroes and other characters with extreme and fantastic attributes.

Directed by the  talented Spanish director Ivan Mulero, winner of the ENDEROCK and TOYP 2018 awards,  acted by Oscar, as El Tigre Callejero, Anais Valey, Sara Leal, Jordi Reverte, Albert Sirvent,  Ricardo Cerezo, and produced by The Kloscara and GOLDHEART Productions, “El Tigre  Callejero” stole the applause and heart of the public at the festival and won an award.

In addition to “El Tigre Callejero”, the production company, Goldheart Productions, also  brought to the festival three beautiful, sexy but dangerous women in “Las Parcas”, a short film,  that made the audience fantasize about the shameless, sensual and evil women. “Las Parcas”,  a story written by Maria Cielo Pajares, produced by Bruna Rubio, and directed by Ivan Mulero,  captivated the public at Sant Cugat Fantastic. The spectacular script for the short “Las Parcas”  is based on the Roman mythology of three dark goddesses of fate: ATROPOS (MC Pajares),  LAQUESIS (Bruna Rubio) and CLOTO (Anaïs Valley), who are sent by HADES (Santiago  Segura), the god of the underworld, to steal the soul of MAN (Ricardo Cerezo), who is  protected by his GUARDIANANGEL (Carlos Cortés).

The battle for the soul of an ordinary man  crosses the limits of our world and enters through the gates of heaven and hell. Due to its  success at Sant Cugat and investor interest, there is talk of making ‘Las Parcas”, into a feature  film. It is speculated that this would happen in October 2022. We look forward to seeing “Las  Parcas” again on the big screen.

Although the pandemic changed the course of things, the world of cinema survived and with  projects such as “El Tigre Callejero” and “Las Parcas”, film lovers will remain faithful to this  beautiful art. 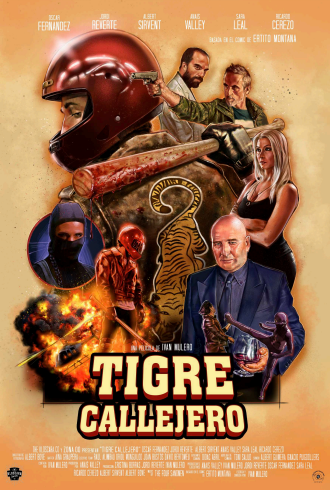 𝑴𝒚𝑷𝒓𝑺𝒐𝒍𝒖𝒕𝒊𝒐𝒏𝒔 will help you say your story. 𝑴𝒚𝑷𝒓𝑺𝒐𝒍𝒖𝒕𝒊𝒐𝒏𝒔 will get you Featured on 𝓖𝓸𝓸𝓰𝓵𝓮 𝓝𝓮𝔀𝓼 whether you are a brand, Influencer, Artist or Entrepreneur.
Previous How to invest in a small business in Ukraine
Next 10 HEARTBREAKING SONGS ABOUT SUBSTANCE ABUSE AND ADDICTION

Is The ‘Sopranos’ Movie Worth Watching If You Haven’t Seen The Show?

There has been a lot of talk about The Many Saints of Newark, the Sopranos …