What To Watch This Weekend: ‘Teen Witch’

Earthquake Lights give fans what they want! Announcing new single “Another Star”.

How To Make Gaming Part of Your Workout

I don’t have a TV show recommendation for you this week. I have not watched any new shows. I haven’t discovered anything new bingeing I can recommend. I’m sure I’m not thinking of something. I am sure there is some show that I could recommend to you if I was more on the ball. However, I do have a recommendation. It’s for a movie. Yes, that will only take up like 90 minutes of your weekend, and most of us are still looking for ways to spend our time. Ah, but what a glorious 90 minutes it will be. Have you watched Teen Witch? Do you enjoy bad movies? Then you need to fire up HBO this weekend and watch Teen Witch. If you’ve seen it before, watch it again. It’s so incredible in its awfulness.

This 1989 fantasy comedy film would have been forgotten entirely if it had just been a smidge better, or if it had been bad in a boring way. Instead, it’s bad in an amazing way. Robyn Lively plays Louise Miller, a teenage girl who isn’t popular at all. Then, she turns 16 and gets witch powers. She hangs out with Zelda Rubenstein and uses her magic to do stuff. Terrible rapping is involved. Marcia Wallace is there. Louise becomes the most-popular girl in school. Her brother is insane and briefly a dog. In the end, she gives up her powers and still gets the coolest boy in school, who is also the starting quarterback of course. 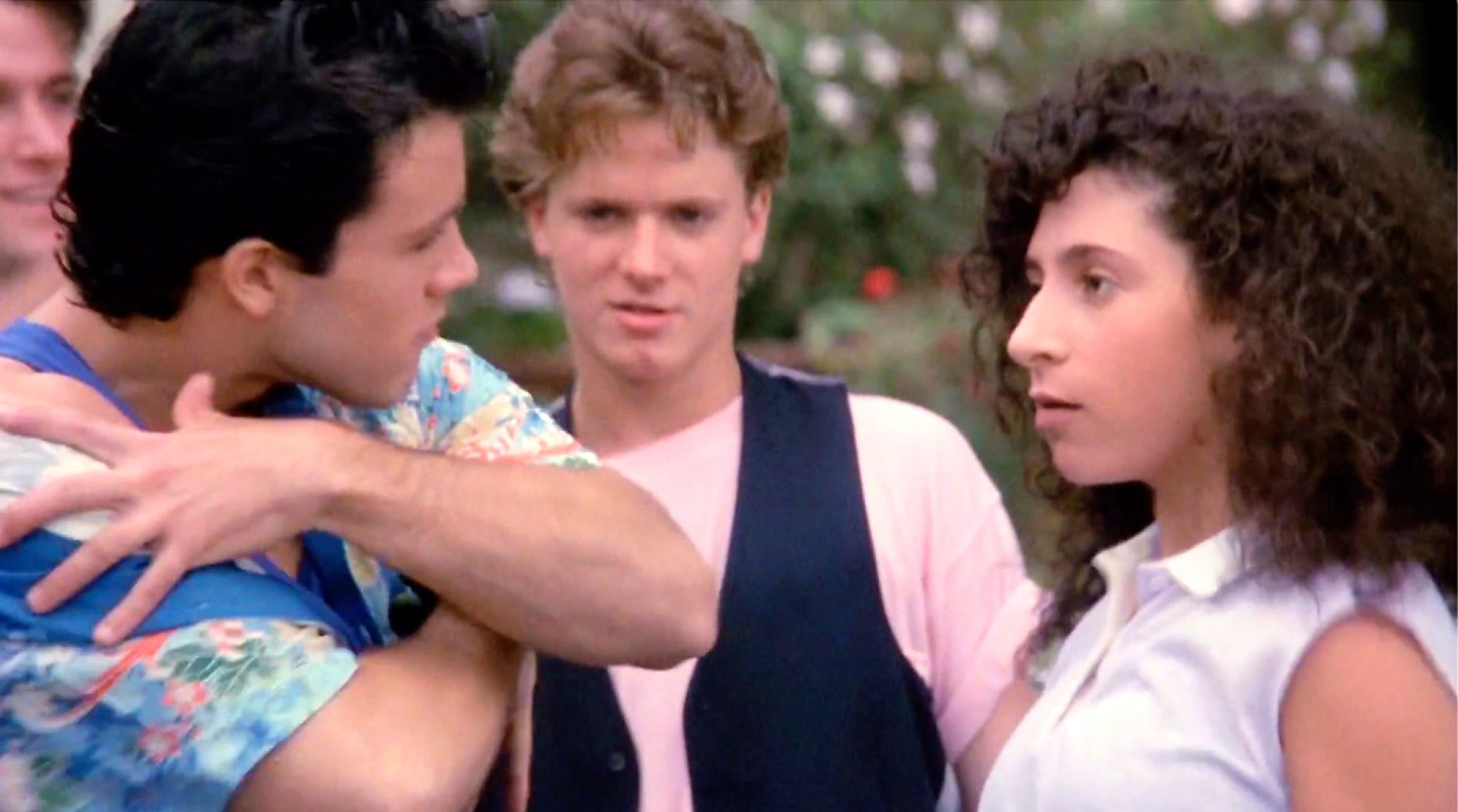 This movie fails every step of the way. Honestly, that’s not really because of the acting by and large. Sure, some people aren’t good, but the acting isn’t terrible. The kid playing Louise’s little brother is on one as a performer, but part of that is the writing. He’s given some weird, nonsensical stuff to do. Like, when you are randomly dressed like a bellboy and delivering your sister breakfast in bed, how are you supposed to make that feel normal and sensible? Why do that when you can just randomly use a British accent instead.

It’s the writing and directing that makes this movie a cult classic. The story makes no sense. None. It jumps all over the place. There is barely any logic to anything that happens. The editing is baffling. Early in the movie, one of the cool girls decides she has the new perfect cheer. She turns on a boombox and some random made up pop song called “I Like Boys” plays as the cool girls romp around and have fun. The first time I saw it, I wondered to myself if this was a musical. It isn’t, though! This just happens! Of course, it’s not the only music in the movie, though. If you have only seen one scene from this movie, it’s the “Top That” one. Louise’s best friend Polly has a crush on some guy named Rhet, who is one of the most-obnoxious characters ever. He and his crew spend their time, um, “rapping” and “dancing.” Louise gives Polly the courage to go up to Rhett and “rap” back at him with clearly somebody else’s voice. It is, and I say this without hyperbole, one of the worst scenes in any movie ever. Like, as much as I laugh at it, it also kind of makes me sad for everybody involved. Nothing so off has ever been committed to film.

I don’t want to spoil all the fun, though. If you have ever gotten any enjoyment out of laughing at a bad movie, you need to see Teen Witch. It’s one of the best of the genre.

Why is the F95zone website a popular in-game community?

Online games are increasing day by day, and many people have left physical games. People …