What To Binge This Week: ‘Harley Quinn’

‘Angelyne’ Is Another Example Of Miniseries Bloat

Are you familiar with this app called DC Universe? I have to admit I was only tangentially aware of it. It’s some sort of DC comics hub with original programming and such. You have to pay a monthly fee for it. I guess it’s like DC’s own version of Peacock. It’s like Disney+ for Marvel, but it’s just DC. I do not have it, and there is barely anything on it. However, one of the only original shows on the network popped up on more traditional television recently, and that led me to give it a shot. I’m talking about Harley Quinn.

Harley Quinn, the character, is interesting to me because basically her entire rise to fame came in my life, and honestly probably my adult life. I do not remember Harley Quinn existing as a kid, and to the extent she did she was not prominent. Now? She’s arguably one of the biggest characters in the world of DC. Other than Wonder Woman, she may be the biggest female comics character. Margot Robbie has played her in movies. Harley is a big deal.

I’m ambivalent on her as a character, so when I heard that there was a show starring her I wasn’t necessarily excited. Of course, I really need stuff to watch these days, and so when I saw that Harley Quinn was airing on SyFy now and that the entire first season was on demand, I gave it a shot. I ended up watching the whole first season in two days. It’s only 13 episodes, but still. 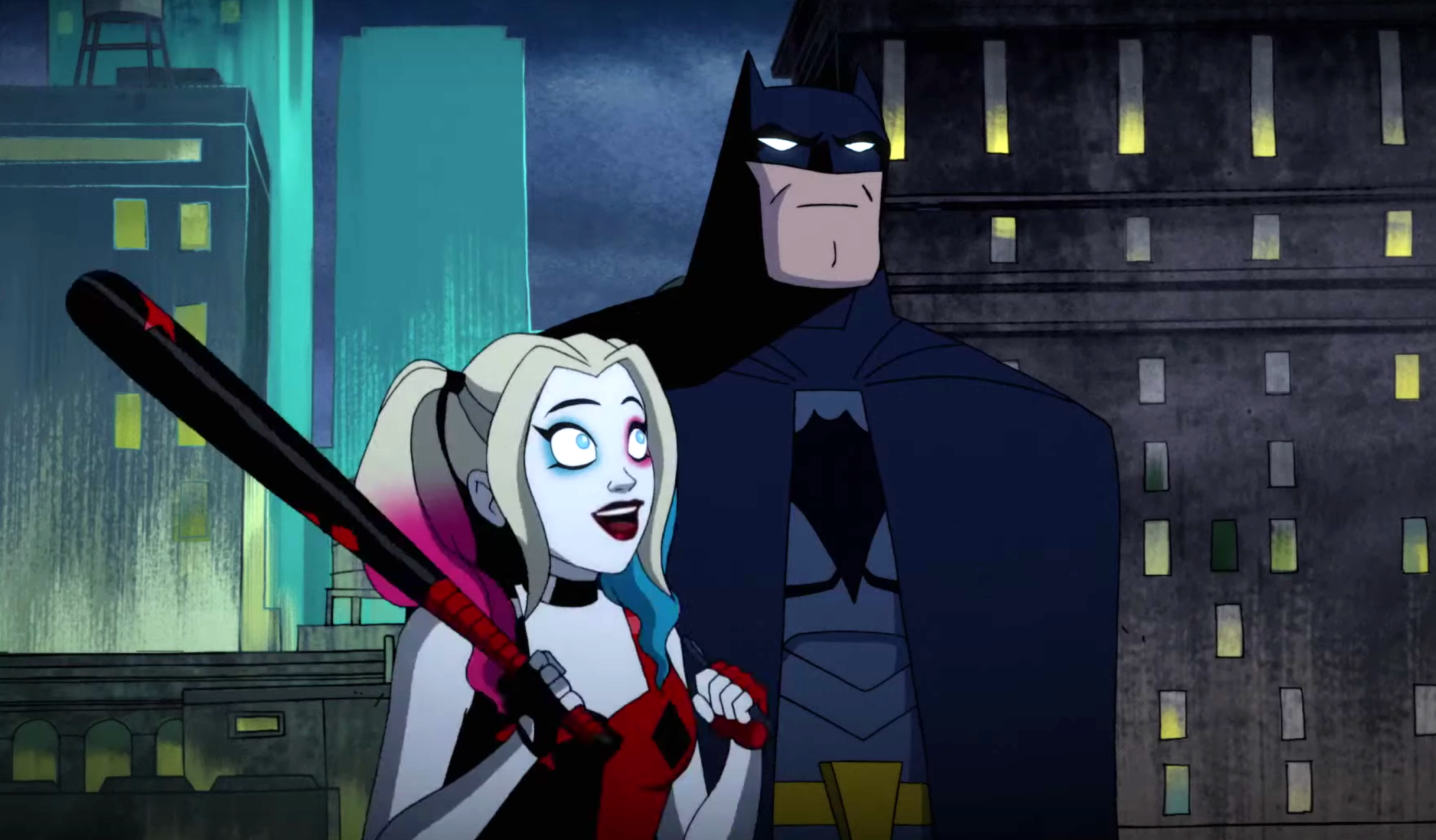 There are two notable things about Harley Quinn. One, it’s animated. Two, it’s very much for mature audiences. There is a ton of swearing, and it’s kind of jarring to hear that kind of language ostensibly on SyFy. Also, it’s incredibly violent at times. It’s a cartoon, sure, but it’s a gory cartoon. This is a show for adults. In negative ways at times but also in positive ways.

Harley is very much a villain, but they posit her, and her best buddy Poison Ivy, as being less egregious villains than some others. She’s often juxtaposed to Joker, who in this show is both an evil monster and a toxic ex-boyfriend. Sometimes Joker is disturbing, but also he’s funny when he’s positioned in more “regular” ways. There’s a lot of that in this show. Bane goes to a smoothie shop. Penguin’s nephew has a bar mitzvah. It’s a hangout comedy, a workplace comedy, and also a show about violent-ass villains.

I think that’s what made it fun to me. They take these characters and drop them into a funny sitcom. I got a lot of laughs from Harley Quinn. I also cringed at the violence and gore at times. Still, I watched the entire first season, so clearly I dug it. It’s largely an enjoyable watch. The voice work is strong. Kaley Cuoco, of Big Bang Theory fame, is the voice of Harley. In fact, I enjoyed the first season so much I am going to get a free trial of DC Universe so I can watch the second season. The only thing I will note is that you should give it at least two episodes. The pilot leans a little too much into the swearing and gore. I think they were trying to showcase the mature nature of the show, telling us that this isn’t our daddy’s Harley Quinn. It feels clumsy and forced. However, after that first episode it settles into itself. It’s still really gory, though. Then again, for every time I cringed I laughed like three times, so it all balanced out.