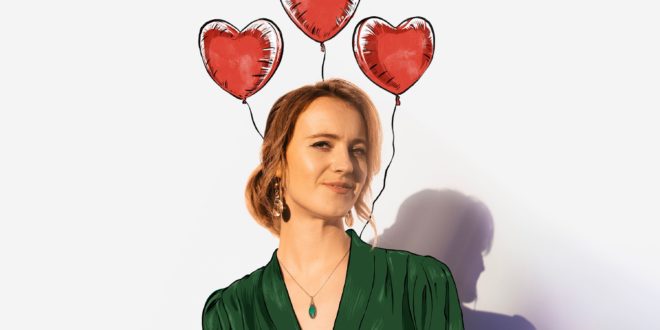 Steeped in rich musical heritage and fast-becoming one of the most hard-working and diverse musicians and singer-songwriters around, London-based Phoebe Katis is about to release her second album. The 10-track package comes after an onslaught of releases and touring and is the follow-up to her critically acclaimed debut album ‘Honesty.’ Fuelled by emotive real-talk lyrics and driven by expressive soul-pop foundations, ‘It’s Ok To Cry’. The first single ‘Placebo’ was released on the 21st February, followed by ‘Sometimes It’s Meant To Hurt’ on the 20th March, whilst title track ‘It’s Ok To Cry’ landed on the 17th April and the full album was released today.

Produced by Vulfpeck’s funky guitar maestro Cory Wong, ‘It’s Ok To Cry’ oozes personality from top to bottom. Phoebe actually featured on Cory’s solo tracks ‘Juke on Jelly’ and ‘Treehouse’ and has toured with him for 3+ years as his guest vocalist and occasional support artist across the UK and beyond. After a whole host of sold-out shows and Cory producing Phoebe’s debut album ‘Honesty,’ there is an inimitable chemistry that results in a beautifully crafted piece of work.

From the delicately euphoric piano work in the album opener ‘Time To Wake,’ to the doo-wop fuelled vocal work in closing track ‘And So It Begins,’ the album is overflowing with special moments from start to finish. Featuring intricate clean guitar, soothing bass rumbles, organ melodies, plenty of strings and gloriously uplifting lyrics and singing, ‘It’s Ok To Cry’ takes you on a beautifully scripted story, and shines a real spotlight on Phoebe’s talent and creativity. On writing the album, she added:

“We live in a world where the role of emotion is one of instability, vulnerability, and chaos. ‘Man up!’ and ‘Don’t get so emotional!’ are heard all too often in our colloquial western culture, and the suppression of emotion, both negative and positive (don’t be too excited, play it cool!) is something many of us will know about all too well. This album is a comment on the social conventions around how we feel and how we express ourselves in an age that is focused on perfection, discipline, and tough love.

Included in the song ‘Peace’ halfway through the album, is a section of speech from philosopher Alan Watts that addresses the suppression of emotion, because of fear; “and this is one of the peculiar problems of our culture, that we are terrified of our feelings, because they take off on their own […] and if we don’t immediately beat them down, they will lead us in to all kinds of chaotic and destructive action […] but if for a change we would allow our feelings and look upon their comings and goings as something as beautiful and as natural and necessary as changes in the weather, the going of night and day, and of the four seasons, we would be at peace with ourselves”. There is a deep peace to be found in relinquishing control over and more importantly judgement of our emotions that I hope this album goes some way in highlighting. Perhaps even giving confidence to listeners to not suppress and deny the way they feel in any given situation, but to move more into an understanding compassionate place of reason. I feel really strongly about this and am by no means perfect in the way I handle my own emotions, and am constantly learning and growing in this area. I can only hope to shed some honest light on the subject and perhaps connect with people who feel the same, or who need to hear that it’s ok to feel the same!”

It’s easy to hear why John Legend said he “loved” Phoebe’s work, and why she’s received a huge thumbs up from Emily King, Theo Katzman, Joey Dosik, ELIZA, NAO and Blake Mills. This is a truly exciting time for an artist that is mastering her craft more and more on every release. The ‘It’s Ok To Cry’ journey is about to begin and she’d like every single one of you to join her, who’s in?

Head Honcho, Editor in Chief and writer here on VENTS. I don't like walking on the beach, but I love playing the guitar and geeking out about music. I am also a movie maniac and 6 hours sleeper.
@rjfrometa
Previous Augustine plays with exuberant disco influences on groovy new single ‘Coast’, out on Spotify’s Studio Oyster series today
Next Desperado Orchestra Releases Retro-Funk Masterpiece “Outer Space” (Official Music Video)