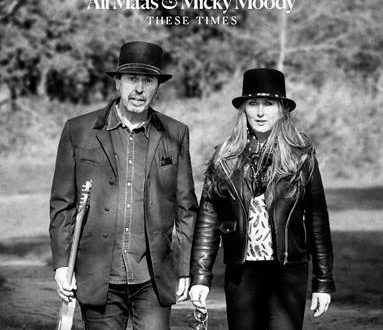 Ali Maas and Micky Moody have announced the release of their second album, Who’s Directing Your Movie?, out 31st July 2020 on Last Man Music, releasing the first taste of the album, new single These Times.

Listen to ‘These Times’ HERE

Known between them for their work in bands such as Whitesnake, Juicy Lucy, and McQueen, Who’s Directing Your Movie? is the follow up to the husband and wife duo’s acclaimed debut Black And Chrome, released in 2016.

Opening track and lead single These Times is a defiant and ever more so pointed protest song that is as scathing as it is a rallying cry to the heart.

‘It’s about looking back at a carefree time and thinking ‘Where has the innocence and beauty gone? Why all the violence?’ The song is about rallying the heart to keep going and have faith that things can turn around.

Written and recorded throughout 2018 and 2019, Who’s Directing Your Movie is a journey through genre and style, yet tied together by the core inspirations of classic storyteller songwriting such as Bob Dylan and Richard Thompson; and ultimately the crafting of a unique voice in unison from this.

The stylistic shifts in the album, which touches upon everything from Bluegrass, Folk, Americana, and Classic Rock, are inspired by artists such as Robert Plant’s ability of reinvention.

The pair set out with a defined mission statement to encapsulate the personal and wider feelings they wanted to share on the record.

‘We wanted to create a record which could be a commentary on our own personal journey and also ask a few questions about what is going on in the world. It is a nod to both of our pasts, but also looks forward to a new path’.

Head Honcho, Editor in Chief and writer here on VENTS. I don't like walking on the beach, but I love playing the guitar and geeking out about music. I am also a movie maniac and 6 hours sleeper.
@rjfrometa
Previous GRAHAM J RELEASES NEW SINGLE ‘For The Best’
Next Alice Chater Returns With ‘Two Of Us’