What Makes Jim Rockford So Great

Recently, in an attempt to fill the empty hours lefts by the void in the entertainment world caused by the pandemic, I’ve been revisited some old shows. Currently, I’ve been on a Rockford Files kick. Back when it was on Netflix like five or six years ago I got into it, but I had only watched it in fits and starts since. I remember some of the episodes pretty well, but others feel fresh. Of all the old-school procedurals, Rockford Files is my favorite. As I’ve been watching it again, I’m realizing part of that is because of how fine tuned the character of Jim Rockford is.

If you aren’t familiar, Jim Rockford is a private eye in Los Angeles, an ex-con who is always hustling to make ends meet. That’s part of the charm of the show. He’s not glamorous. Rockford lives in a trailer home that he parks in a parking lot by a beach. A lot of his clients end up stiffing him, or he loses money in the process. On occasion, it feels a little much. Like, we get it, Rockford has some bad luck. However, it makes him the relatable underdog, and it allows the show to feel a little “gritty” without being hit over the head with grit. 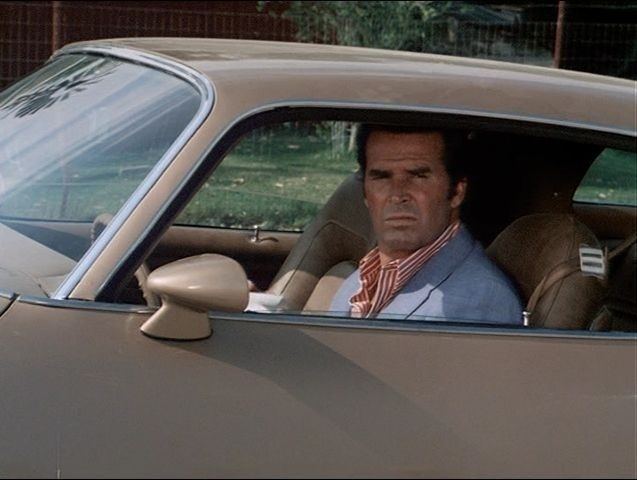 What I think also makes it work, though, is Rockford. Not just because James Garner is so good in the role. Rockford is, basically, just good enough at everything. Private eye and detective shows are full of geniuses and super slick guys (and they are almost always guys). Even Columbo, who is scruffy and far from a font of charisma, is a genius is many ways. I wouldn’t call Rockford a genius, but he is smart. He’s just smart enough, and that’s the hook.

Rockford isn’t super charismatic and charming, but he has just enough charisma to fast talk or sweet talk somebody. He’s just smart enough to stay a step ahead. He’s just good enough at fighting. If he has one particularly strong trait it might be his driving skills, but even then it often takes him a while to shake a tail or to catch somebody he’s chasing. Also, he gets a ton of practice, because Rockford gets in one long car chase in every episode.

That’s the magic of Jim Rockford. He’s capable, but not perfect. He’s just good enough at everything. You know he’s going to win out in the end, but it isn’t going to be easy for him. It never feels like the show is dragging his feet until the hero flips the switch and takes everybody down. Rockford sweats for every win, for every buck. That’s what makes him my favorite private eye in TV history. If only he had a little more luck with money.

Internet gadabout
@ChrisXMorgan
Previous Question Of The Week: Summer TV Episodes
Next What’s The Second-Best Episode Of ‘The Office’?

‘Simpsons’ Characters You Can Be For Halloween

The Simpsons is a beloved show, and people wear their fandom out there in many …