ESPN just aired the third episode  of the ten-part documentary series.  Here is a recap and review of Episode VIII of The Last Dance.

Episode VIII of The Last Dance picks up right where Episode VII left off.  It looks at Michael Jordan’s baseball career, the effect of Jordan’s father’s death, and the 1998 playoffs.  It also touches upon Space Jam and Michael’s altercation with fellow Bulls guard Steve Kerr that ended with punches being thrown.

Episode VIII kicks off in the second round of the 1998 playoffs where the Chicago Bulls are facing the Charlotte Hornets.  The Bulls won game one, but game two was different.  On the Hornets was B.J. Armstrong, a former Bulls point guard who won three championships in 1991, 1992, and 1993.  Armstrong’s knowledge of the team and how they function helped in game two and the Hornets ended up winning, thanks to a great game by Armstrong.  From that game on, Jordan made it a mission to shut down Armstrong and shut down the Hornets, and he did just that.  The Bulls won the next three games and won the series in five games.

We then jump back to March 1995, where Jordan is still playing baseball.  There was a Major League Baseball strike that year and rather than delay or cancel the season, the MLB decided to fill the teams with replacement players from the minor leagues.  Jordan, still playing for the minor league Double-A team of the Chicago White Sox, the Birmingham Barons, was not going to be a part of that.  During his time off, Jordan would show up to Bulls practices, first to see everyone and be friendly, but then he actually started practicing with the team.  People were speculating if he was coming back or if he was just bored.  Nobody knew what he was doing until he sent out what is arguably the greatest press release in sports history.  In one fax and two words, the release read, “I’m back.”  That was all Jordan needed to shake up the sports world. 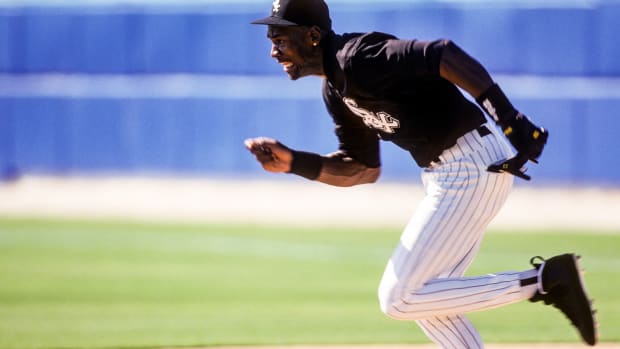 The 1995 Bulls weren’t doing so hot.  They were 34-31 without Jordan and were in jeopardy of missing the playoffs.  When Jordan came back, this time donning the number 45 rather than the 23 he wore previously, it was the spark they needed to make the playoffs.  Though it took him a little bit to get his touch back, less than a week back into basketball he his a game-winning shot in Atlanta, and then a few days later dropped 55 points against the New York Knicks in Madison Square Garden.

The playoffs weren’t the same this time around for the Bulls.  In the Eastern Conference Semi-Finals, the Bulls faced the Orland Magic, a young and talented team that featured the dynamic duo of Shaquille O’Neal and Penny Hardaway, and former Bulls power forward Horace Grant.  The Magic won game one of the series thanks to two last-second turnovers by Jordan, an unprecedented thing to see from the legend.  After the game, Magic guard Nick Anderson said, “45 isn’t 23”, referring to Jordan and his game.  The next game, Jordan comes out in the number 23 jersey and the Bulls won.  The Bulls ended up losing the series the Magic in six games and Jordan was not happy with his performance.  His conditioning was off, as he was baseball shape and not basketball shape.  His game was also off, which is why when the offseason came, Jordan immediately went back to work to get his body right.

That summer, Jordan was shooting Space Jam for Warner Bros.  Because he was so determined to get back into basketball shape, Jordan demanded a place to practice and to work out in-between shooting.  On the Warner Bros. lot they built what was called “The Jordan Dome” which featured a full basketball court, as well as different types of workout equipment.  After shooting Space Jam during the day, Jordan, along with some of the best players in the NBA, would play pick-up games for almost three hours in the Jordan Dome.  NBA Hall of Fame guard Reggie Miller said that those were, “the best games.”  It gave Jordan his legs and his game back, but also allowed him to study new, younger players and understand their games. 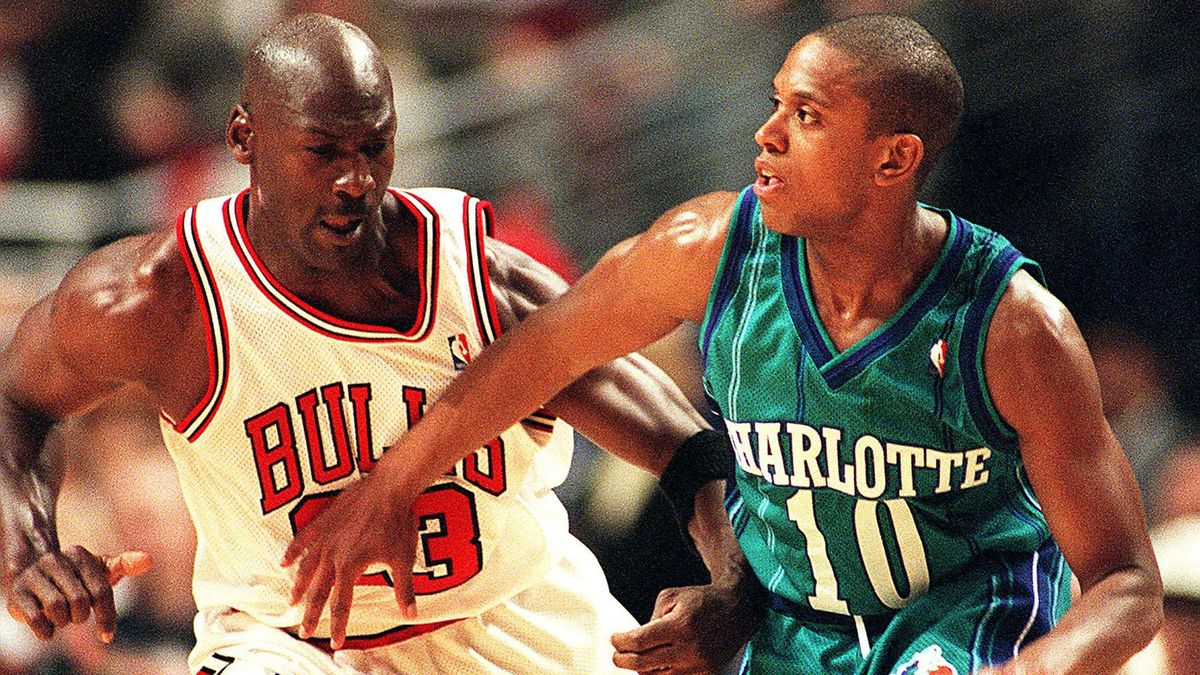 The 1995-1996 Chicago Bulls training camp looked a little different from when Jordan left the team.  New guys like Steve Kerr, Luc Longley, and Bill Wennington were now on the team and Jordan felt they had to earn their place playing on a three-time-championship team.  During a scrimmage, Jordan was talking trash to Steve Kerr and it got so heated that Kerr punched Jordan in the chest and Jordan puncher Kerr in the eye.  From that point on, Kerr had Jordan’s respect.

The 1995-1996 Chicago Bulls were arguably the greatest basketball team ever assembled.  They broke the single season record for wins, going 72-10 for that season, and were steamrolling opponents during the playoffs.  They faced the Seattle Supersonics in the NBA Finals, a matchup many considered to be, “the greatest mismatch in NBA history.”  The Bulls won the first three games handedly and it was looking like it was going to be a sweep.  Seattle Supersonics coach George Karl decided it was time for guard Gary Payton to guard Jordan in an attempt to slow him down.  Payton, who had just won Defensive Player of Year that year, was up for the challenge.  With Payton on Jordan, the Sonic’s won the next two games.  Payton says he was breaking Jordan down and getting him tired and that is why he was successful.  Jordan, watching a video of Payton’s interview, laughs at this notion, claiming he didn’t break him down, but that he had other things on his mind.

The 1995-1996 season was the first time Jordan played basketball without his father being there, after he was killed in 1993.  It was an emotional and tough season for him and every game was tougher and tougher.  Game 6 of the NBA Finals landed on Father’s Day in Chicago and the Bulls were up 3-2 in the series.  The Bulls won the game and Jordan was overcome with emotion.  The win was great, but winning on Father’s Day without his dad for the first time his something harder.  We see footage of Jordan on the floor after the game, wearing a championship hat, holding a basketball, and wallowing.  Tears flowed from his face and every emotion he has felt all season came to a head.  It’s a powerful, heartbreaking moment that showed the love he had for his father and how important his father was to him and his love of basketball.

What To Binge This Weekend: ‘Mythbusters’

At the moment, I don’t need any binge recommendations myself. The NHL and NBA are …