Rising Rapper Kansah presents his second song ‘Am I Illuminati’ 

The other day, I rewatched The Long Goodbye, Robert Altman’s 1972 neo-noir starring Elliott Gould and written by Leigh Brackett. It was my second time watching it. I really enjoyed it the first time, but that was probably almost a decade ago. Rewatching it, it was just as sharp. The movie is really good, and one of the better detective movies ever.

I happen to be a fan of private eye/detective movies. I mean, I’m also the guy who has recommended bingeing both Columbo and The Rockford Files. The Long Goodbye looks beautiful and Gould is fantastic, but that’s only part of what makes it stand out. Gould is playing Phillip Marlowe, the iconic private eye created by Raymond Chandler. He’s a hard-bitten detective from the ‘40s and ‘50s Los Angeles, but the clever trick of this movie is moving it to ‘70s Los Angeles. Marlowe is basically a man out of time. They took him, his ‘50s style and ‘50s sensibilities, and drops him into upper-class L.A. of the ‘70s. His neighbors are a commune of frequently topless hippie women. Marlowe is about the only guy wearing a full suit all the time. He’s definitely the only person who smokes. This is what takes the movie to the next level and makes me really dig it. 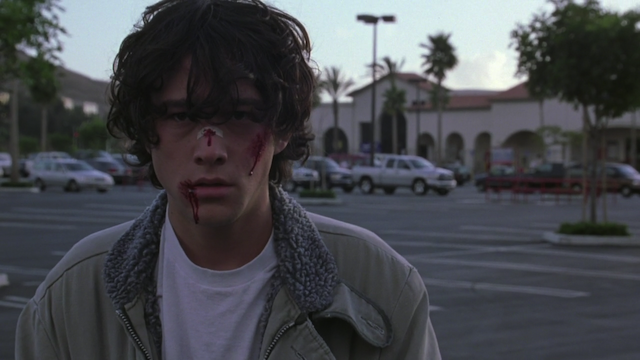 Brick: Rian Johnson (ever heard of him?) could honestly be on this list twice, but I feel like Knives Out is more a throwback than a twist on the genre. Brick, though, which is Johnson’s feature-length debut, takes hard-boiled private eye tropes and drops them into a high school. The characters even speak in the slang of ‘40s detectives. It’s great.

The Big Lebowski: Speaking of great movies, I bet a lot of people don’t think of The Big Lebowski as a detective film. That’s exactly what it is, though. The hook is that the detective isn’t, you know, an actual detective. The Dude is just trying to get a replacement rug, but get roped into an insane, twisting story that borrows heavily from The Big Sleep. I’ll end with something the whole family can enjoy. The whole hook of Who Framed Roger Rabbit is that it mashes up ‘40s hard-boiled film noirs with an insane cartoon world. Eddie Valiant would fit right in with Philip Marlowe or Sam Spade. He doesn’t fit in with Roger Rabbit. That’s the long and short of the joke to the movie, but it works all in all. I revisited it as an adult and was able to appreciate it more than as a kid. All those private eye movies paid off.

Crunchyroll Movie! Here are options for downloading or watching One Piece Film: Red streaming the …