No, ‘Better Call Saul’ Is Not Better Than ‘Breaking Bad’

These are the best sexy movies of 2020

‘Stop Podcasting Yourself’ Is The Little Canadian Podcast That Could

The fifth season of Better Call Saul just ended. It’s the penultimate season of the show, and it was a strong finale to an excellent season of television. There was skepticism in some when Better Call Saul was announced. After all, it was a spinoff of one of the most-beloved dramas of all-time, Breaking Bad. Saul was a comedic figure, and a secondary one, on that show. Would Better Call Saul be a comedy? How would it relate to Breaking Bad? Many figured it would spend a lot of time with Saul during the era of Breaking Bad. Instead, it’s been basically a prequel this entire time. Jimmy McGill didn’t even become “Saul Goodman” until the end of the fourth season. It is its on wonderful thing.

And yet. Recency bias is a beast that many of us succumb to at times, and right now I think recency bias is devouring the coverage of Better Call Saul. Lots of critics, and fans, loved the fifth season of the show. I get it. I really enjoyed it too. However, right now I am seeing a lot of a certain opinion I think is just a bridge too far, and I don’t think it is necessarily sincere or well considered in the minds of most. People are saying Better Call Saul is better than Breaking Bad. I am here to say that no, it isn’t. 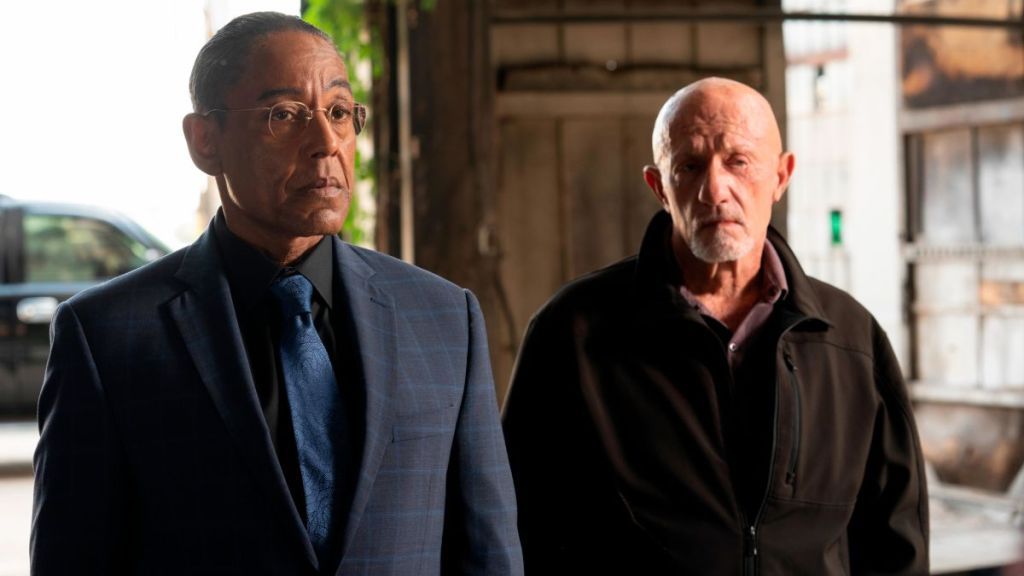 Let me be clear. I am not here to knock Better Call Saul. It’s a really good show. It’s loaded with great performances, including from people we never see on Breaking Bad. Chuck McGill is gone, but he was vital in the story of Jimmy/Saul. Lalo Salamanca is the best character from that family yet. Then there is Kim Wexler, who is great, although she too is suddenly being lavished in excessive praise, maybe because people are just excited to be talking about a new character not from the Breaking Bad universe. Rhea Seehorn is awesome. Give her an Emmy nomination. Hell, give her a win. Maybe cut back on the “Kim is the best character in the history of forever!” hyperbole.

Better Call Saul owes so much to Breaking Bad that a lot of what makes it work wouldn’t work as well, or at all, without the original show. I feel like that has to be counted as a point toward Breaking Bad being better. That’s just the start of it. There are even more great characters in Breaking Bad than Better Call Saul. Also, as great as Bob Odenkirk has become as an actor, he’s not Bryan Cranston. Jimmy McGill isn’t Walter White. On top of that, Breaking Bad is just so riveting. It’s a thriller stretched out over hours of television, but it doesn’t lose the tension. It’s gripping in a way that Better Call Saul often isn’t. Better Call Saul has been a smaller show. It doesn’t have the same panache.

Internet gadabout
@ChrisXMorgan
Previous ’30 Rock’ And The Glory Of Jokes
Next Question Of The Week: Shows You Loved That Didn’t Hold Up

Football Movies Have Punted On Entertainment

January is a great month for football. There are big-time college bowl games, and also …