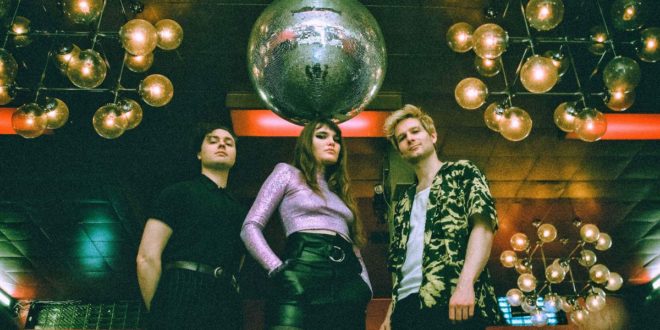 Calva Louise release their oscillating new video today for Camino, a visual ode to classic sci-fi films. Equal parts electrifying and kaleidoscopic, with the video taking it to new heights and telling of things to come later this year.

“The concept behind the video originates from the lyrics: ‘going back to square one’. It’s similar to being in a video game, finishing to start all over again – but this time on a superior level. We’re really influenced by films like “Dune”, “Tron”, “They Live”, “Blade Runner” and “Mandy” – they really developed our love of Sci-Fi, and inspired the image we wanted to create for ‘Camino’”, explains vocalist Jess Allanic.

Head Honcho, Editor in Chief and writer here on VENTS. I don't like walking on the beach, but I love playing the guitar and geeking out about music. I am also a movie maniac and 6 hours sleeper.
@rjfrometa
Previous Marsicans release new single ‘Summery In Angus’
Next glvsshouse drops his debut release ‘Games’