Here’s all you need to know about Josef-Nikolaj Ebner:

Today, Permanent Collection has announced a new LP titled “Nothing Good Is Normal” & released a video for the lead single, “Blurring The Lines,” via The Alternative. Check out the premiere here. The Alternative described the song as “a throttling post-punk cut with rollicking drums, a commanding bassline, and Hendardy’s gravelly vocal delivery. On top of all that is a fuzz tone that’s thick and sweet like cake batter, embellished with shoegaze whammy bends and high-ceiling reverb for a whole other layer of noisy bliss. It’s a strong return from Permanent Collection and a great song in its own right.” Permanent Collection’s Nothing Good Is Normal is due out on June 19th, 2020.

Permanent Collection is the moniker Jason Hendardy has made music under since 2010. Most would probably classify the music as post-punk, alternative, a surprising mess of noise, or too loud if you were a sound guy at a show between 2010-2013.

What would eventually become Permanent Collection started off as a few solo home recordings turned EP, Delirium, in 2011. This was followed by a number of solo shows and tours. In 2012 Permanent Collection grew into a full band with the release of their LP, Newly Wed Nearly Dead. The line up stayed the same with Jason Hendardy on guitar and vocals, Megan Dabkowski on bass, Brendan Nerfa on guitar, and Mike Stillman on drums for about two years. They toured the country and had endless beer cans thrown at them on stage. In late 2013 the live line up became more fluid with friends such as Corey Cunningham (Terry Malts/Business of Dreams) filling in on guitar. Later that year a follow-up EP, No Void, was recorded and released as a three-piece. After several more shows and tours, a period of dormancy started for Permanent Collection in 2014. Jason turned to writing music for other bands and releasing music under different names in addition to working in video and sound design.

In late 2019 Jason started to focus his efforts on writing another solo record and with that came the follow-up Permanent Collection LP, Nothing Good Is Normal. Sound guys beware.

Nothing Good Is Normal will be available on vinyl, cd, and digital on June 19, 2020. 10 fully fuzzed out, reverb punk songs that come in around 22 minutes. RIYL: The Wipers, Husker Du, Jawbreaker, My Bloody Valentine, Wire, JAMC. 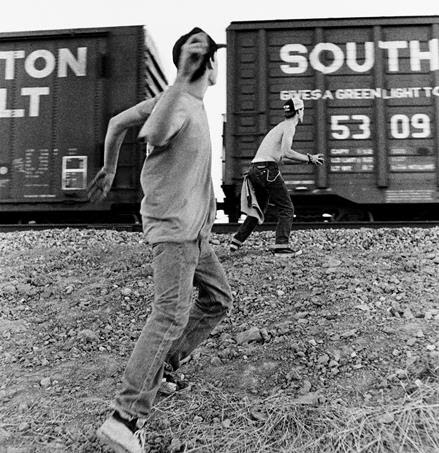 Nothing Good Is Normal

9. Point of No Return

Head Honcho, Editor in Chief and writer here on VENTS. I don't like walking on the beach, but I love playing the guitar and geeking out about music. I am also a movie maniac and 6 hours sleeper.
@rjfrometa
Previous These are the Main Causes of Obstructive Sleep Apnea
Next Caleb Landry Jones Releases New Single, “I Dig Your Dog”

JPOPD1 from Miami, FL has been trending consistently online. People are following JPOPD1 and listening …