What To Binge This Weekend: ‘Community’

For years, there was one great sitcom I could never really rewatch. Not because I didn’t want to. It just wasn’t really on much. It had a brief syndication run, but at a time when syndication wasn’t really a thing anymore, at least not on network channels. It also wasn’t available to stream anywhere, at least not on any of the places I have had subscriptions to. Long story short, that’s all changed now. Community is on Netflix.

If you aren’t familiar, Community is a sitcom about Jeff Winger, a former lawyer played by Joel McHale, joining a Spanish study group. Sort of. In truth, it’s a collection of genre riffs and experiments in sitcom storytelling in the guise of a hangout sitcom. It’s also a testament to the madness/genius of Dan Harmon. It’s also a testament to the tempestuous personalities of Harmon and Chevy Chase. For a season, it was about trying to keep a sitcom going without the primary creative voice. Then, it was a cautionary tale for potentially streaming sites out there. 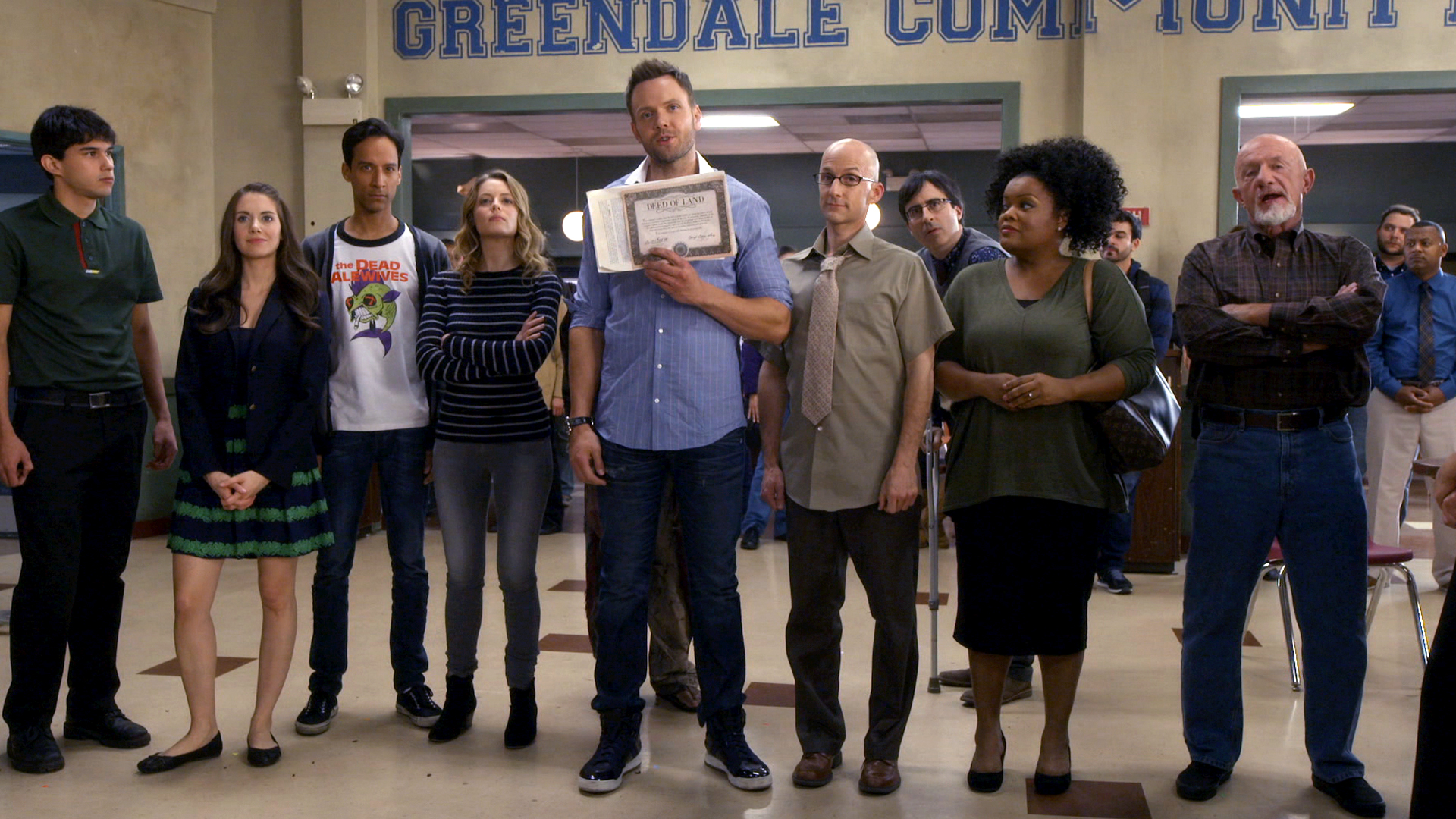 Community ran for six seasons and 110 episodes. The first three are great. The fourth saw Harmon replaced and the show really struggled without him. Harmon came back for the fifth season, though by that point Chevy Chase was gone as Pierce. The show was cancelled by NBC after that fifth season, but then Yahoo picked it up to try and get into the original programming game. Donald Glover and Yvette Nicole Brown left the show, replaced by Paget Brewster and Keith David. Now, you may be asking, “Wait, Yahoo had original programming?” They tried a couple shows. Community was the gem. It was such a disaster they lost a ton of money and gave up. Watching Community on Yahoo was a chore. I should know. I may be the only one who knows.

However, if you like pop culture riffs and spoofs, you definitely should at least watch the first three seasons of Community. There are a ton of laughs to be have, and if you know the history of TV and movies, you will be able to appreciate a lot of the stuff they are commenting on. The cast is also pretty stellar. If you are loving the show, maybe you can try seasons four through six. That is, if the sixth season is even on Netflix. I haven’t checked. I’m not really recommending it either. Watch the first three seasons of Community and bid the Greendale Community College crew adieu.

Internet gadabout
@ChrisXMorgan
Previous Why is Cyber Security Important for Your Business?
Next Buy Diamond Engagement Rings Safely And Quickly