The Mighty Ducks Are Back…And Villains!?

What To Binge This Weekend: ‘Be Cool, Scooby-Doo!’

In Other Apocalyptic News “The Masked Dancer” Heads to FOX

Let me begin with a personal anecdote. In ninth grade English, we had a “silent reading” period every week. Each and every week, I would bring the same book: The novelization of the movie D2: The Mighty Ducks. Granted, I did it as a joke. Still, there I was, week in and week out, with a book about the Ducks, and some other ringers, coming together as Team USA to take down the evil Iceland team led by Wolf “The Dentist Stansson,” who collected more teeth than goals in the NHL.

I loved hockey as a kid (I still do, but not with the same intensity) and I was the perfect age for The Mighty Ducks. Now, I can admit the movies aren’t actually good. I love old pop culture but I’m not the nostalgic type. Well, at least not to the degree where I will try and tell you, like Space Jam is actually good. It sucks. The Mighty Ducks movies are goofy. The third one is bad. Nothing dies these days, though, so Disney+ is bringing back the property for a new TV show.

Lauren Graham is on it, which is cool. Here is where me and my fellow ‘90s kids are going to get shook, though. Graham is going to be trying to help a ragtag group of kids overcome the local hockey juggernaut. That juggernaut? The Ducks. Yes, the Ducks are the bad guys now. They are the Hawks. They are Team Iceland. Gordon Bombay is out there collecting more teeth than goals.

Well, we don’t know if Bombay will have anything to do with the Ducks now. Emilio Estevez is going to be on the show, but maybe he’s stepped aside. Maybe he turns against the Ducks, like he once turned against the Hawks, to help these kids that need a leg up. What if, like, Adam Banks coaches the Ducks? Also, why is youth hockey so weirdly important to these adults in Minnesota? 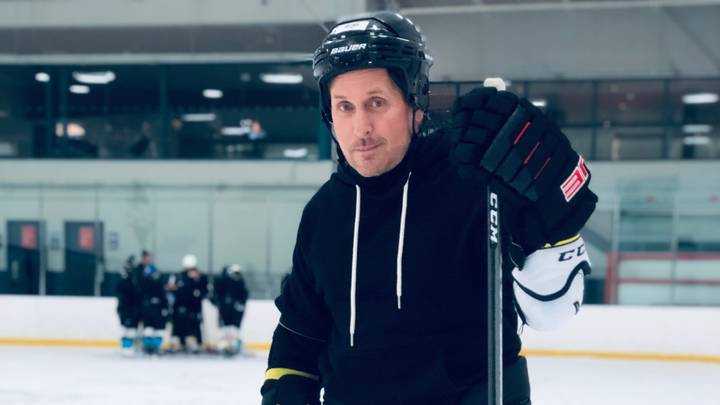 I am, needless to say, healthily skeptical about this. Not in a “how dare you do this to my Ducks!” sort of way. More of the “Why?” way. This feels silly. Why couldn’t the Ducks just have fallen on hard times? Why name the show after the Ducks if they are the villains? I know that there is a show called Cobra Kai, but I digress. I’m not sure people are going to want to root against the Ducks. They are the Ducks! Also, will they talk about how the economic landscape of this one community is Minnesota has changed? Because in The Mighty Ducks the teams were decided based on where players lived, and the Hawks clearly came from a nicer part of town, while the Ducks (then District 5) were poorer kids and troubled youths.

Anyway, my point is this idea is dumb. I can’t believe Gordon Bombay would let this happen.

The Golden Globes Handed Out TV Awards, But Did Anybody Notice?

After the Golden Globes, you will hear a lot of talk about the movie awards. …