What To Binge Watch This Weekend: ‘Stumptown’

‘Seven Worlds, One Planet Live in Concert’ Premiere at The O2 Arena Postponed Due To Coronavirus (COVID-19)

Now that the Oscars have passed, I can get back to recommending TV shows to binge. Also, now that the football season is over, I find myself with more time for watching TV. I’ve been trying out a few different shows. One of them I come to recommend you. It’s a little different than some of my other recommendations because it’s a show currently on the air, and it’s actually in its first season. So it’s as much a catch up as a binge. I speak of the current procedural Stumptown.

I’ve recommended similar shows in the past. I’m a fan of shows like Columbo, The Rockford Files, and Psych. Give me a procedural about a private eye or a police detective and I’m interested. Stumptown is just that. Colby Smulders stars as Dax Perrios, a woman drifting through life in Portland, dealing with PTSD from the military and a bit of heavy drinking. She starts off as an unlicensed private investigator, and I don’t think it’s too much of a spoiler to say that she eventually gets her license. Jake Johnson from New Girl plays her friend and sort-of love interest. She has another love interest who is a cop. She has a brother with special needs. There is a new case most weeks, but also an ongoing storyline, making it different than shows like Rockford from back in the days. 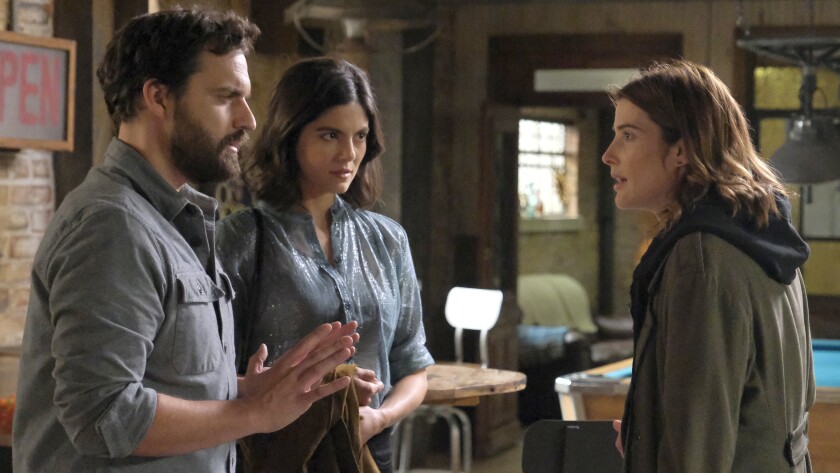 I will admit I’ve only seen eight episodes. I think there have been 13 or so thus far. I also will admit I watched the pilot when it aired but then set it aside for a few months. I didn’t feel grabbed by it. However, like I said, football season is over and I needed something to watch. The next few episodes got me into the show. Then, the next few after that were a little bit weaker, so I decided I needed to take a break.

I know that doesn’t sound like high praise and, well, it isn’t. It’s medium praise, but sometimes that works for a binge. Stumptown is better than a lot of procedurals. It has a strong cast and does a decent job of storytelling. Plus, it’s pretty funny. Also, it has a killer soundtrack. There is a freshness that gets me through the times I roll my eyes at Stumptown. I intend to finish the first season of Stumptown. If you like procedurals, or just like Smulders or Johnson, give it a shot. Maybe it only gets you through a few hours on a Saturday, but that’s not too shabby.

Internet gadabout
@ChrisXMorgan
Previous ‘Parasite’ By The Dashboard Light: Oscars History Is Made By Bong Joon-Ho and His Film
Next What Are The Services Offered by Web Agencies?

Gravitas Ventures, a Red Arrow Studios company, has announced IT STARTED AS A JOKE will be released …