The Benefits of Being and Independent Worker or Contractor

What if you are a fan of Whitney Houston, but fell in love with her work after death? New technology sets trends in the entertainment industry

Absolutely dark scene. A chic Whitney Houston appears out of nowhere. She slowly raises her head, throws her hands up, brings a microphone to her lips and begins to sing the most romantic song – I Will Always Love You. The audience squeals. She seems to be alive. A characteristic smile, gold outfits, manner of performance – everything is saved. Only the movements are not as sharp as a real artist.

Already in June 2019, the Signum.ai trend-forecast artificial intelligence predicted an increased global interest in hologram tours. As we see, the forecast came true. 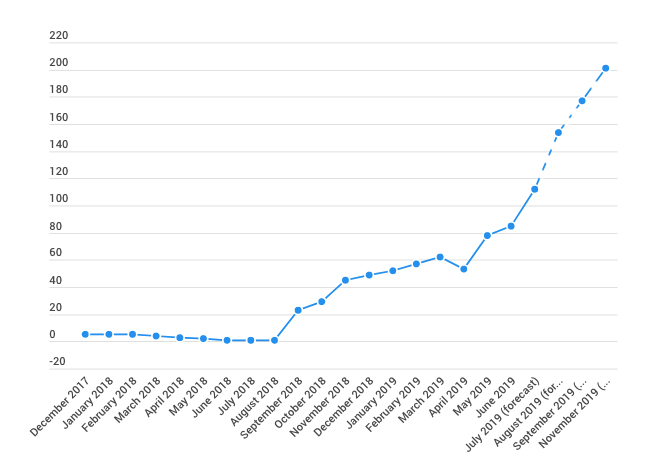 2020 is promising. For the first time, Whitney Houston, the legend of pop music, who died in 2012, will go on a world tour. Thanks to the hologram, as the creators of the show promise, electronic Houston will dance on stage no worse than life. Experts have been working on her realistic image for several years. The hologram will perform the hits of Whitney Houston: I Wanna Dance With Somebody, The Greatest Love of All, etc. The funds for the project are allocated by the Greek billionaire Alki David, CEO of the American hologram company.

Deceased artists have already come to life on stage before

Performances of holograms of deceased artists have already been in world practice. The first resurrection for Alki David’s company was Tupac: the rapper who was shot in 1996 appeared on the stage of the Coachella 2012 festival unharmed and performed with Snoop Dogg and Dr. Dre.

In an interview with MTV, developer Nick Smith, who designed the Tupac hologram, did not name the exact amount spent on the image of the rapper. But he designated: “The range of invested funds in the use of the hologram for one performance is from 100 to 400 thousand dollars.” Not for the whole concert, but for one performance with one or three tracks.

In 2014, at the Billboard ceremony, Michael Jackson “came to life” for one song. This projection turned out to be more impressive than the “performance” of Tupac – due to the dance, which was previously shot and built into the image.

The British virtual band Gorillaz has become a pioneer in holographic performances. Originally created as a graphic musical project, the group appeared on stage in full force only in the form of a hologram. A unique performance took place at the 2006 Grammy Awards. Along with the hologram musicians, the very real Madonna also sang. The first part of her songs also turned out to be a hologram. The pre-recorded performance was perfectly mounted between digital characters. Of course, her full appearance in the second part of the issue looked more impressive. Compared to holograms, Madonna and her dance team looked like live energy.

How are holograms made?

The idea of ​​holographic concerts originated in India. The technology is very understandable – projecting a three-dimensional image of an artist is projected onto a film that is stretched to the stage at an angle of 45 degrees. A powerful projector shines on the top or bottom of the film. The image for the layout of the three-dimensional model is taken from the preserved images. A movement is simulated by a human simulator using sensors on the body. If someone else participates in the performance, except for the “hologram”, as in the duo of Tupac and Snoop Dogg, the live artist stands up for the film. The viewer has the feeling that the performers are nearby and interact on stage.

Yes, there are definitely flaws in such a hologram clone. Holograms only look voluminous from the side. This is actually a flat image. Sometimes objects or rays of light can shine through the artist. And not from every point of the hall the image is displayed perfectly, as well as the unnaturally smooth movements of the “resurrected” stars may be.

In April 2017, the two largest operators Verizon (USA) and Korea Telecom (South Korea) made the first international holographic call using 5G technology. When making a call, holograms of the interlocutor are formed, completely conveying the emotions and gestures of the user.

In 2015, Karl Wiman, a Nobel laureate and professor of physics at Stanford University, spoke at Nanyang University of Technology (Singapore) without leaving the United States. Applying hologram technology, teachers and artists can perform simultaneously in different parts of the world, thereby covering a large audience, without wasting time on flights.

Why physical screens, if they can be holographic: of any size and quantity, anywhere and projected directly into our eyes?

In the next five to seven years, humanity will experience another information revolution, which will change the approach to working with data. No longer will physical tools be needed to display information: laptop screens, televisions, projectors, billboards, telephones.

How much will a ticket for a Whitney Houston concert cost?

The problem is that creating an artist’s hologram is not cheap. This means that if they want to send Whitney Houston on a world tour, it will cost a pretty penny not only to the organizers but also to the audience.

Previous 5 Steps to Improving Your Body Image
Next Do You Have a Bully in the Workplace?

What Is A Wheelchair Accessible Vehicle?

We have over 40 years-experience in the wheelchair accessible vehicle and mobility game, and place …

You can also try on some Code Red Diet