Why you should get a tricycle for your kid?

Last year, director Ari Aster became a major player within the horror scene with his feature directorial debut, Hereditary. The film received strong buzz from the horror community despite being an uneven patchwork of elements from other horror films. Aster’s strength as a storyteller shined through in the film’s dramatic, no frills, and conservatively played moments. With his sophomore effort, Midsommar, Aster plays to his strengths. The film does feature elements that seasoned horror fans will recognize from other films — most notably The Wicker Man (1973) — but Aster’s synthesis of his inspirations into a gory, roadtrip film ends up working resoundingly well. Lionsgate has just released the film in both a DVD edition and a Blu-ray combo pack (which includes the DVD and a digital code).

The story goes a little something like this: after a family tragedy, Dani (Florence Pugh) joins her boyfriend, Christian (Jack Reynor), and his college buddies for a trip to Sweden, where one of the college friends, Pelle (Vilhelm Blomgren), has invited the group to join in the festivities of a traditional Midsummer celebration at the commune where he was raised. As the celebration goes on, increasingly bad stuff happens, and folks start disappearing. Most of the narrative is predictable, and it is likely that viewers with a sense for realistic writing will become angry at the characters (and, by extension, at Aster) for not having plausible enough excuses to remain in an environment where they have witnessed extreme pagan rites without being inspired to leave immediately, even as their peers begin mysteriously disappearing. Regardless, Aster’s direction of the pagan ritual sequences, complemented by Pawel Pogorzelski’s beautiful cinematography, The Haxan Cloak’s mesmerizing score, Henrik Svensson’s production design, Pugh’s gut-wrenching portrayal of a traumatized young woman, and all around great casting and performances ultimately succeed in maintaining audience fascination until the film’s surprising final moment. 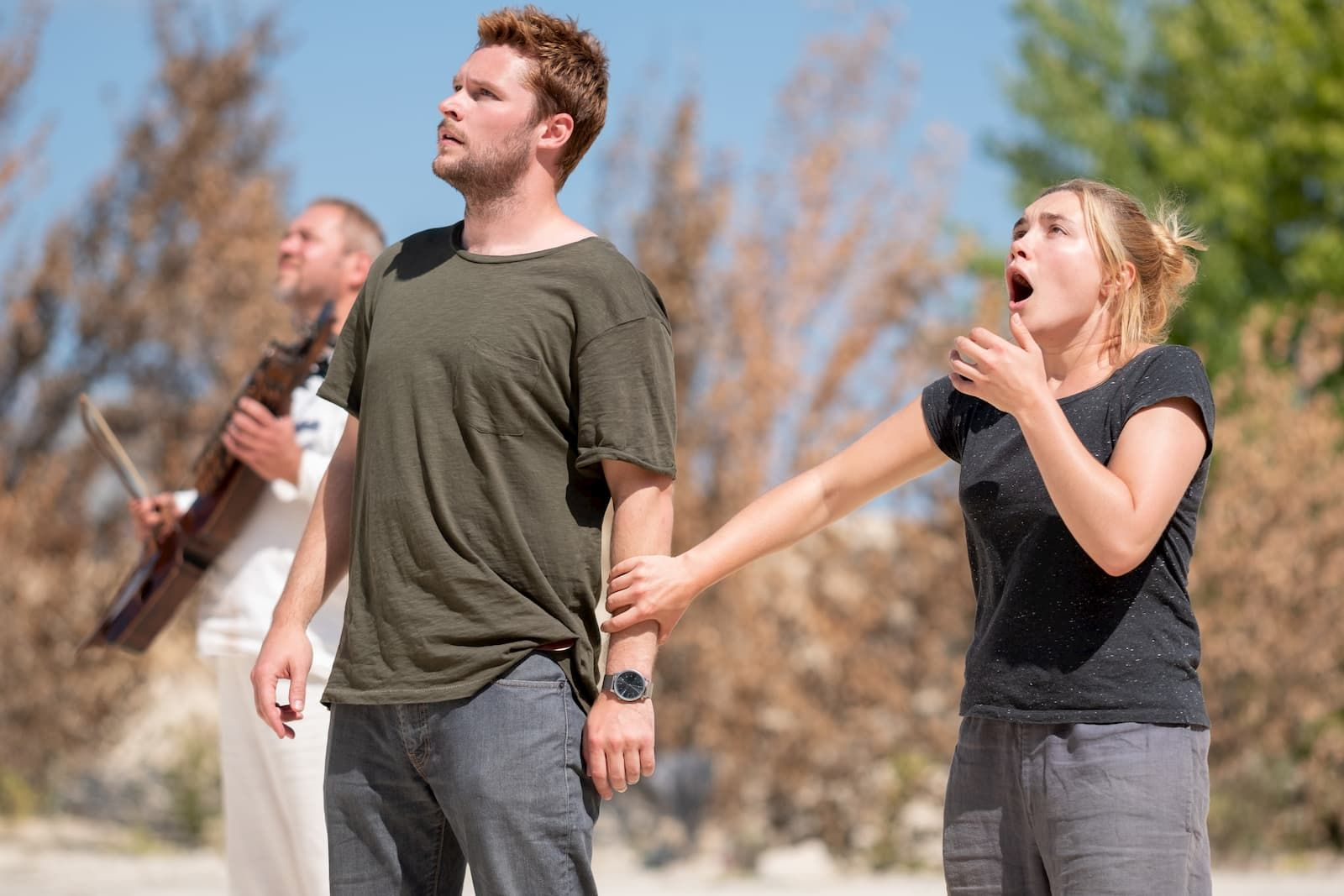 The Blu-ray’s HD 16X9 2.00:1 video presentation provides an optimal experience of Pogorzelski’s cinematography, and the English 5.1 DTS-HD Master Audio presentation brilliantly represents Ruy García’s sound design and Haxan Cloak’s score. Warning: if you’re going to crank the volume while screening this film (which is recommended), make sure you’ve got some heavy duty speakers because the film has a predominance of low frequency stings that will blow out the woofers on a less-than-worthy system. The extra features include: “Bear In A Cage Promo” and a featurette called “Let The Festivities Begin: Manifesting Midsommar.” The former is a brief, funny commercial for a promotional figurine being sold by the film’s theatrical distributor, A24. The latter is a 25-minute making of featurette, featuring interviews with Aster and select members of his cast and crew, who all provide overviews of their journeys with the project. The film and the Blu-ray combo presentation are recommended.

Which DC Superheroes Are Good For Comedy?

People love a dark Batman. Not all people, though. Some of us prefer a little …