Geek-Out With The Gang

How to Choose a Blender for Smoothie

Everything to know about Texas Hold’em

Few shows like The Big Bang Theory capture the mainstream zeitgeist and define a generation. Now that this sci-fi comedy is over on the CBS, you might be tearing your hair out waiting to watch the series again and again.

Well, you can still delve into the unravel theories of the universe with your favorite scientists.

Thanks to Netflix and HBO that never ceases to amaze you by providing high-quality, ready-to-stream content.

So, grab some popcorn and get your couch ready to binge-watch the episodes of your favorite show!

Stream Big Bang Theory On Netflix By Selecting A VPN

Some of the European countries only have the first few seasons of this show, whereas in others it is completely unavailable. So, is it possible to watch the Big Bang Theory on Netflix?  Yes, it is!

You can still catch up with Sheldon, Penny, Leonard, and Raj by purchasing a VPN that bypasses all the geo barriers. It will re-route your traffic through a server in a country where The Big Bang Theory isn’t blocked.

Netflix has taken some steps to combat the use of VPNs with sophisticated anti-VPN software. For example, in the US, CBS holds the right to show The Big Bang Theory. And, the fans can only see the show via All Access Streaming Channel.

If you have already paid for Netflix subscription, but don’t want to pay extra to watch your favorite scientists, consider buying a VPN.

So, here are a few simple steps on how to watch the Big Bang Theory on Netflix :

Some Other Ways To Watch The Big Bang Theory

Besides Netflix, there are some other ways to binge-watch your favorite show-

If you want to see the entire series from the beginning, download the CBS All Access streaming channel. It is available on computers and all smart devices. However, you have to pay for it. It comes with two options, depending upon whether you are fine with commercials or not.

Enjoy The Season Via Amazon Prime

Another good option if you want to own the series is to buy each season on Amazon Prime. It allows you to pay only for what you watch. Moreover, you can watch the episodes over and over. 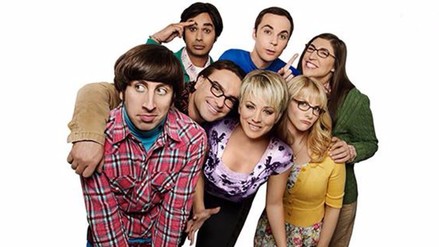 You Can View The Episodes Via TBS

TBS or Turner Broadcasting System is an American subscription television network. It carries a variety of programs, with a focus on comedy and sports events. If commercials aren’t a problem for you, TBS often reruns the show all the time.

Though you might not be able to watch the episodes in order, still it works well. Moreover, if you already have this channel, it won’t cost extra bucks to watch your favorite stars.

Many of the episodes are also present on YouTube. But, they aren’t always good quality. Also, sometimes they get taken down due to licensing problems. Further, you have to search a bit to find your favorite episodes.

The Big Bang Theory has so many fans that give CBS leverage the show needs to stay put. Since Netflix is global, some of the countries have access to the show even if it isn’t available in America. The reason is CBS All Access isn’t as accessible in those countries. So, they can make more money in such areas using Netflix instead.

If all other ways fail, upload the CBS box set to your hard drive and enjoy anytime, anywhere.

Head Honcho, Editor in Chief and writer here on VENTS. I don't like walking on the beach, but I love playing the guitar and geeking out about music. I am also a movie maniac and 6 hours sleeper.
@rjfrometa
Previous AppValley – Get the Best of iOS And Android App Store with Great Features, Uses and How to Use
Next Tips and Tricks on Finding The Right Auto Transportation Company

Food is the basic need of every living thing. Nowadays, people have very busy schedules. …