The 10 Best Players in the World

The Ultimate Guide to Choosing the Best iPhone Repair Company

Three ways the manufacturing industry will change in 2021

This post is sponsored by PureVPN. Now you can stream all Rugby World Cup matches live online here.

Rugby is most definitely one of the fastest-growing sports in the world. Its popularity has grown amazingly in the past few months majorly because the latest edition of the Rugby World Cup is set to arrive soon.

For those taking a new interest in the game, we suggest that you acquaint yourself with the best Rugby players by going through the list below:

Furlong is one of the most respected forwards in World Rugby. The Ireland International is feared in the tight and is revered for his deft handling when he’s on the loose.

Often referred to as the Man Mountain, Viliame Mata is among the best Rugby players in his position. He is considered a master offloader. John Barclay describes him as follows:

“I don’t know any player who carries the ball as well as him in traffic. I don’t think we’ve seen the best of him yet, that’s the scary thing.” He is considered among the top ten players for a reason: whenever he gets the ball, he can produce some real damage to the opposing team! His skill-set is fantastic, which makes him a threat to any opposition. His running is so amazing that it is difficult for defenses to take their eyes off him. His distribution of both hands is classy. He’s also excellent on intercepts. Whenever a move fails, he keeps trying to help set up another dangerous wave.

He is considered the steadiest and one of the smartest players in modern Rugby. He has got a computer-like brain that churns up every move and executes it almost perfectly. His ball gathering, line-picking, and field covering work are just amazing.

He may not be the most physical of characters, but his resilience and efficient play make him one of the most fabulous 15s in Rugby.

He has been moved to the wings, but his maturity and amazing leadership make him invaluable anywhere!

He is one of the best English players in the modern era. He can single-handedly decide any game. His performances are such that his team remains dependent on him, such that when he plays bad, the whole team plays bad.

He is a three-time European Champion and is a fantastic passer of the ball. His performances have decided the outcome of the game more times than you think.

“Owen makes decisions and executes unbelievably well,” says Danny Cipriani. “He’s a diligent athlete. The way he looks at things – and the way he drives things – is meticulous.” 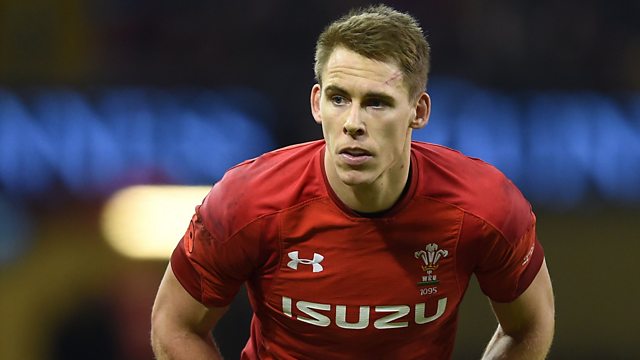 He is definitely the best full-back in the modern game. He is fearless and extremely talented. “He’s a modern-day JPR Williams, a cult hero,” says Sam Warburton. Giselle Mather also considers him the best player in the world!

He once performed an audacious dummy from 40m out against the Wallabies. It was voted Try of the Year. He is a beast when he is in contact and set-piece. He single-handedly destroyed England’s lineout last autumn. His offloading and handling make him the best in his position.

He’s the world’s most significant prop. His prodigious work-rate make him a fantastic carrier and tackler. He also has a growing authority as a scrummager.

His dominance in collisions is just outstanding and produces loads of bruises on the opposition. His tackling skills can’t be overlooked. He is often deployed behind the defensive line where he is the most dangerous and lethal.

“The involvement Mako has, and for them all to be so positive – carries, hits, decision-making – is brilliant.” Said Alex Goode. “He’s a massive leader for us. He’s a joy to play with – a brilliant, brilliant player.”

Beauden Barrett is one of the greatest of all time. Although his performances have dipped off late, he can still produce an amazing achievement, especially when you least expect it to happen. His speed is extra-ordinary. His hands and kicking are considered wizardry. And he is still unsurpassed as best to run a back-line.

Ex-All Blacks fly-half Nick Evans says: “When the game opens up, he has that priceless ability to manipulate defenders. If you watch him, he loiters in the backfield waiting for those unstructured attacks.

“He’s smart too. He will kick the ball back, but once there’s a poor kick return, he’ll use his speed to ghost in and out of the line.”

He can make the top on any person’s best Rugby players list. At the moment, we can call him the best in the world!

Alun Jones is not just an amazing player on the pitch, but he’s also among the greatest leaders of all time. His influence and respect are such that even referees consider his ideas and suggestions seriously, even if it’s just a normal shrug or blank stare.

Although he’s reached the age of 34, his talent is still ongoing. He is still conquering the world because of his immense skill set. He is Wales’ most-capped player. And under his reign, the Welsh team managed to reach the top of the world for the first time in its history.

Head Honcho, Editor in Chief and writer here on VENTS. I don't like walking on the beach, but I love playing the guitar and geeking out about music. I am also a movie maniac and 6 hours sleeper.
@rjfrometa
Previous How to Watch Premier League Live Online
Next How To Find Details Of An Unknown Person?

At the sight of the toys, your child’s eyes light up. His appeal for toys …