Movie Review: Ready or Not

Movie Recommendations For This Weekend: ‘From Here To Eternity’ And ‘The Apartment’

These Girls are Blowing the Internet

2019 may very well be the “Year of the surprise” for movies as yet another one defied expectations. When watching the trailer for Ready or Not, no one could’ve predicted what would be the finished product. The trailer was bland and unimaginative, and one you hardly were blown away after seeing it. However one thing made you lean back and want to see more: the creative concept combined with a comical side of things. Thriller and horror movies are mass produced today yet there are still diamonds in the rough.

Ready or Not is yet another movie that exceeded my expectations in the realm of Crawl. The movie features Samara Weaving as the main character, Grace, who is marrying into the Le Domas family. On her wedding night to Alex Le Domas (Mark O’Brien), she must play a game of hide and seek, but it turns deadly (shocking).

The movie starts off with a brief history of the family tradition and how the game is played. Later we realize the two boys are Daniel and Alex Le Domas, who rotate between good and bad throughout. Before the game is played we meet all the main characters from the Le Domas family. After the family is introduced the ritual begins, the card that picks the game is drawn and the suspense portion begins.

The start of the movie is a good point of reference showing the past game and well as introducing the family.  One great thing was they didn’t waste too much time on the wedding, which is important for the plot, but not interesting enough to go in-depth. 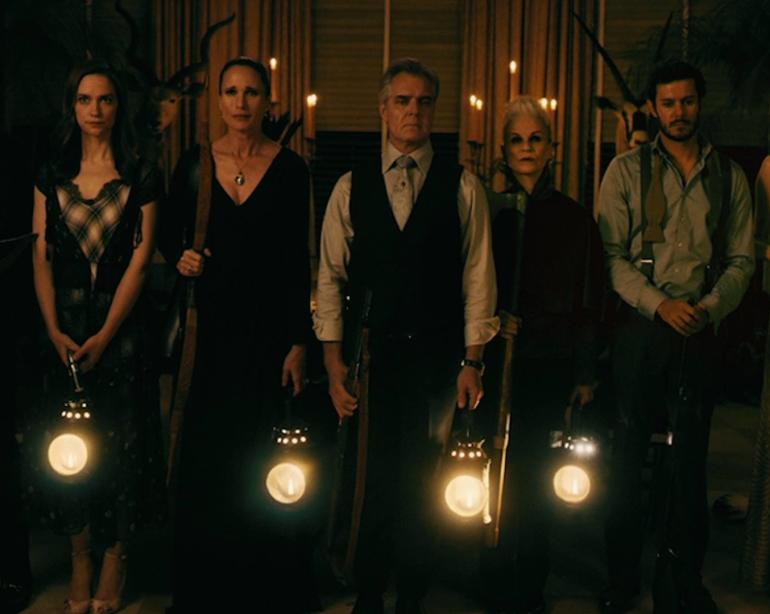 Once the suspense portion begins it takes a little while to get going and you feel like you’re into the movie. Once it does get going though, Weaving steals the show and does a great job as the star of the whole movie. For the most part she is almost always delivering a great performance.

One particular thing referenced above that separates this movie is the humor and lighter moments that make this such an interesting and fresh take on the genre. It also slants heavily toward the thriller side rather than horror which makes a huge difference. The humor come to a head in certain moments, but none more than the end of the movie.

One character that I found myself liking more than I thought was Daniel, who was Alex’s alcoholic brother, but is perhaps the most moral person there. The performance is aided by his nonchalant attitude and gives a different perspective to a totally nuts family.

One gripe I have is that the movie is a little too predictable with the ending seeming obvious to even the most causal movie-goer. Furthering that point the movie also would’ve done better if the family was less inept and the hired help was less involved in my opinion. That storyline felt overplayed throughout and didn’t really deliver in my opinion.

This is yet another example of the thriller and horror genre delivering yet another new idea in an industry that is now built on retreads, big name franchises, and sequels. Overall the movie has more positives than negatives by a wide margin and is a pleasant time that gives a few laughs, a fun plot and wraps up in a tidy 95 minutes making it the a great movie for any occasion. I would rate it a 78/100, but overall a very a enjoyable experience.

The Issue Isn’t Greta Gerwig’s Snub. It’s Much Bigger Than That

You may have heard about the five nominations for Best Director for the Academy Awards. …