Top Ten Strikers Any Football Fan Must Know About!

Perks of having golden doodle puppies

Tips for choosing a used car

To this very day, football has always been almost the entire world’s first choice when it comes to favorite sport. Even though a match includes only a ball, two nets, and the action of kicking that ball into the nets themselves, it still manages to make everyone go rigid in tension or break out in excitement.

This has to do with the way football works. You see, the vital elements that bring this sport to the top are not the ball or the nets or the field, but the players themselves. They are the ones that actually make the history of football, especially the strikers!

Without strikers with excellent skills, you will not be able to witness those impressive goal-scoring moments. From the day the sport was invented to today, many of them have been introduced to the world, and many have reaped success with their incredible talents.

In this article, I will show you 10 of the best strikers from all over the world. You might not know some of them, but they have contributed a lot to the history of football itself.

At the beginning of the 20th century, Arthur Friedenreich was a name that no football fan could forget. His admirable goals had brought a revolution to the sport. Plus, back there, black people could not anticipate in football, but somehow he had managed to pull the impossible!

During his golden time, Arthur had scored 1329 goals – an unbelievable number. Let me tell you this, even Pele could not bypass his record! 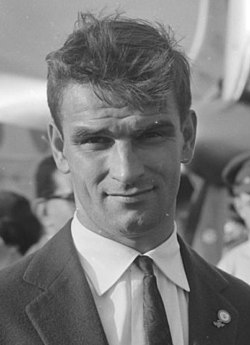 Sandor Kocsis used to be the leader of the Hungary national team. In case you do not know, this was one of the best team in football history!

With his super impressive performances: scored over 150 goals for Honved Budapest, 100 goals in 184 appearances with the Blaugrana, and 7 hat-tricks for Hungary, Sandor was truly one of the greatest scorers in the world up until now.

The eighth place in the list belonged to Marco van Basten, one of the best strikers but took early retirement when he was just 28 due to an injury. I still found this a shame as he was extremely talented and could overpass many other players if he played in the field for a bit longer.

During his prime, Marco had scored the most memorable goal in the European Championship back in 1988. This was shortly followed by many other glorious victories. He soon became one of the world top players – a real star – throughout Milan’s league title and the European Cups.

Another skillful striker I want you to know is Romario – a talented football player who still managed to deliver exceptional performance even when he was at the end of his career.

Up to the day he retired, Romario had already scored 700 goals, becoming a fearful name to those that faced him on the field. Even Ronaldo had to state that this man was “a great goal scorer, finisher, skillful and opportunist”.

Alfredo Di Stefano used to be a real legend back in the nineteenth century. He played for the Real Madrid and had helped this club win five consecutive European Cups. Plus, he was even capable of scoring 216 goals with the White House!

Throughout his years as a popular striker, Alfredo had represented three big countries: Argentina, Spain, and finally, Columbia. Isn’t that impressive?

Now, we get to the fifth place, which belongs to Gerd Muller, a famous striker from German!

Before retiring, he had managed to leave behind impressive achievements that few football players of the recent years can reach. Infamous for his precise aim and his fearless nature, Gerd had become a name that many teams afraid to face on the field.

He had already been awarded German Player of the Year in both 1967 and 1969. And in 1970, he again proved his talents when receiving the European Player of the Year award. You knew that Ronaldo was the top scorer in World Cups in 2006, right? Then do you know who got the title before him? This guy!

Here comes the fourth place; only three to go until we reach the first! And this very position belongs to Ferenc Puskas. He was not only a good striker but also one of the top footballers in sports history!

Ferenc was a famous name to both Hungary and fans of the Real Madrid. Throughout his career, he had already scored 84 goals for his national team and 352 goals with Budapest Honved. Even when he reached 31, which is considered old for a footballer, he even scored 156 goals in 180 appearances for Los Blancos!

Eusebio was a name no football fan could be a stranger to in the 1960s. And I had to admit, he had led an incredible career!

Up to this point, Eusebio has already scored over 600 goals. He even turned the 1966 FIFA World Cup into his very stage and later became the first-ever winner of the European Golden Boot in 1968. What’s more, in 1973, he had been awarded the Golden booth. The second place belongs to a name you must have already been familiar with: Ronaldo, the flawless striker to football lovers from all over the world!

This guy knew exactly how to rock the entire stadium at a very young age. Soon, he became the best footballer in World Cups, won two FIFA World Cups in 1994 and 2002, and even got to be the Ballon d’Or’s recipient twice!

Finally, we reach the first one! And I believe you must have already seen his name coming right at the start, right? This most honorable position belongs to Pele – also known as the King of football!

Pele became the world champion at a very, very young age – only 17 – when he revealed his talents in the FIFA Cups in 1950. During his prime, he had set many records and scored 1281 goals, 541 of them made him Brazil’s top scorer as well as Santos’ top scorer. He even won the Copa Libertadores twice and the FIFA World Cups thrice!

Head Honcho, Editor in Chief and writer here on VENTS. I don't like walking on the beach, but I love playing the guitar and geeking out about music. I am also a movie maniac and 6 hours sleeper.
@rjfrometa
Previous The meaning of gemstones
Next 6 Tips to Improve your Presentations

Olaysha Novozhylova is the founder and creator of NotBasicBlonde and also a model, blogger, influencer, …