Action And Character Can Go Hand In Hand

Ranking Every Episode Of Season Six Of ‘Community’

The 35th anniversary of something is not always treating with much fanfare. However, when the anniversary in question is for the movie Ghostbusters, that’s a different story. Most of us will take any excuse we can get to celebrate the 1984 comedy classic. A lot of Ghostbusters-related stuff has happened in the intervening years. There was the cartoon, which was actually the first place a lot of ‘90s kids saw Ray, Egon, Peter, Winston, and the rest of the gang. It gave us a weird sense of Slimer’s role in the organization. They made a sequel that is OK. You may remember the reimagining of Ghostbusters that caused hackles to get raised because they had the audacity to cast women as Ghostbusters. It’s a pretty good movie, all things considered. Now, there is talk that Jason Reitman, son of the director of the 1984 original Ivan, is going to reboot Ghostbusters again, this time “giving it back to the fans,” whatever that means.

Let’s not get bogged down in all the ardor, less-than-stellar properties, and misogyny, though. I’m here to talk about Ghostbusters, the original, which is an awesome movie. Here are 10 thoughts on the film that came to me when I thought about it. 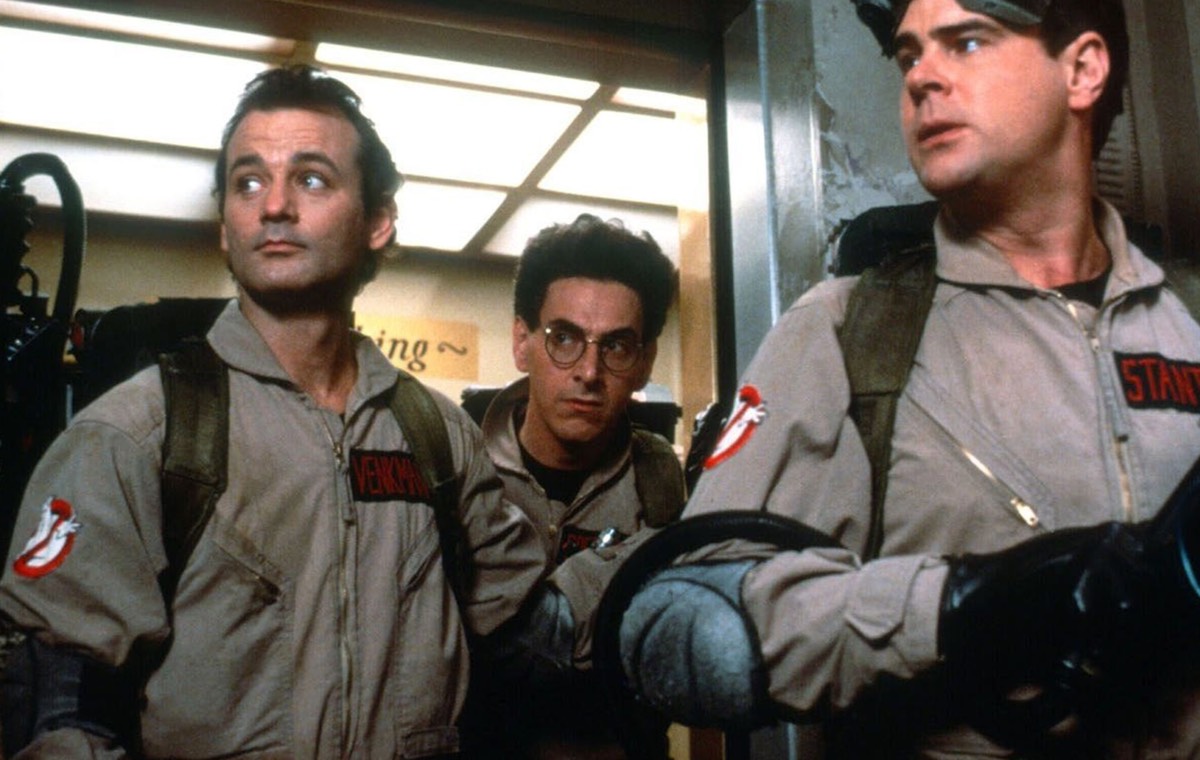 Is this Bill Murray’s best movie? That’s a tricky question to answer. Murray is great as Peter Venkman. It was a perfect role for him at the time. He got to goof around and be sarcastic and seemingly riff. On the other hand, as he got older, he got to do some roles with greater depth, such as Lost in Translation and various Wes Anderson projects. Personally, I love The Life Aquatic with Steve Zissou, but this earlier iteration of Murray was never better than here.

Rick Moranis is the best. What else is there to say? He was in a lot of not great stuff, so it was nice that he got a chance to make a movie like this. Moranis is perfect as Louis Tully. He’s arguably even better in the sequel, and nobody else can say that.

The special effects don’t hold up in some places, but that’s OK. Well, mostly. Look, the dog demon running after Louis in the street looks bad. There’s no getting around that. The ‘80s were kind of a midway point for special effects. Like, they wouldn’t have tried this in the ‘70s, and it would have been fine by the ‘90s. At least the bulk of the movie isn’t bogged down by this.

The Stay Puft Marshmallow Man is cool. Up to that point, the “bad guys” in the film aren’t all that interesting. Gozer is ominous and those eggs fry on the counter, but much like Marvel movies prior to Thanos, Ghostbusters has a bit of a villain problem. In truth, the Stay Puft Marshallow Man is just a giant marshmallow sailor who walks around stomping stuff. Still, he’s a cool concept.

Dan Aykroyd and Harold Ramis get overshadowed. Bill Murray has mad charisma. Rick Moranis steals all his scenes. Even Annie Potts has a certain panache that draws the eye. Slimer is more iconic! However, Aykroyd and Ramis both do a really good job. I’m a big fan of the dryness in Ramis’ performance as Egon.

That blow job scene is, like, the weirdest thing to happen in a movie ever. Why is that scene included? It came from a deleted scene! The only part of it that made the movie is Ray having a dream where a ghost performs oral sex on him. Why!? It’s hilarious, but not in the way they intended.

I like that they are successful scientists. You know slobs vs. snobs comedies? The Ghostbusters are basically snobs and slobs combined. Part of what I really enjoy about the movie is that they are really good at what they do. Even with all the jokes and wackiness they start the movie working at Columbia. Peter Venkman has two doctorates. They are geniuses, and that makes them more interesting characters.

William Atherton is the quintessential ‘80s smarmy jerk. He’s so odious as Walter Peck. He’s in Die Hard. He’s in Real Genius. He’s a jerk in all of them, and he’s perfect at it.

It’s weird how popular Slimer got. We can thank the cartoon for that. The dude is not on Ecto Cooler if not for the cartoon. In the movie, they don’t even call him Slimer. He’s just a floating green dude who slimes Venkman and eats a bunch of food. Yes, he’s the most notable ghost, but he has no personality.

The Ray Parker Jr. song isn’t good. Sorry. I know it’s super catchy and a hit. It did make it impossible for people to answer “Who you gonna call?” with anything other than “Ghostbusters.” But as a song, it’s cheesy ‘80s pop. Also, the Ghostbusters don’t deal with invisible men sleeping in your bed. They deal with ghosts. Get your stuff together, Ray. Also, don’t steal music from Huey Lewis!

Earthquake Lights give fans what they want! Announcing new single “Another Star”.

After a flurry of rumors and much fan-driven speculation, a new song has finally been …