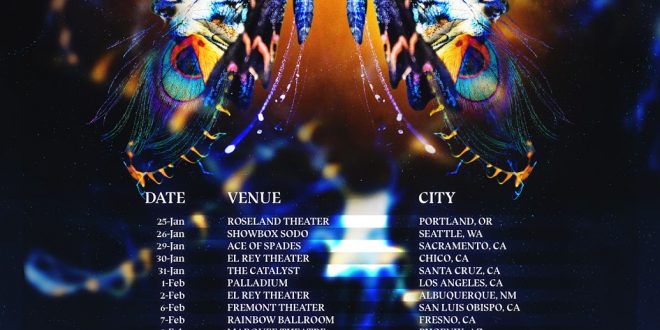 Tritonal, one of dance music’s most prolific and versatile production teams, have announced plans to release a new studio album, entitled “U & ME,” and embark on their biggest North American tour to date. While the festivities won’t kick off until January, Tritonal have provided a new dynamic single – “U Found Me” – to hold fans over until then and have promised a steady flow of new releases until the album drops in the New Year.

Support “U Found Me” on all platforms here

Stream “U Found Me” on Soundcloud here

“U Found Me” is a high energy single reminiscent of progressive/electro house anthems that helped to establish Tritonal’s career. The track delivers a bright and uplifting dose of their distinct production; bulging with glitchy melodic flavor and driving undertones whilst subtle guitar leads build into a cascading concoction of flared bass and pulsating synth stabs.

“The title for our latest full length album, U & ME – is a very simple pointer towards Unity & Love that we feel is inherent in life itself. Ultimately, we are all connected – in fact everything in the Universe is connected. Music allows us to express that connection through sound. There is so much inherent divisiveness in our culture today and  we wanted to flip the “you vs me” or the “us vs them” dialogue on its head. “My Country”, “My Team”, “My Race”, “My Beliefs”, “My Social Group” – they all are ideologies people identify with to enhance their false sense of self and can be divisive instead of unifying. Through them, people make themselves “right” and others “wrong” and define their identity through their enemies, the “others”, the “nonbelievers” or “wrong believers”. This identification leads to suffering. Hopefully, our music can act as a light that shines upon one simple truth – Love.” – Tritonal

Tritonal’s U & ME will be the duo’s third full length studio work and will be paired with a massive tour in support of its release. The Austin, Texas-based team  will headline major venues including Los Angeles’ The Palladium, Chicago’s Concord Music Hall, NYC’s Terminal 5 and many more as they criss cross the continent. Tickets for Tritonal’s “U & ME” tour go on sale on October 12th – more information here and full list of tour dates below.

TRITONAL U & ME TOUR DATES

More dates to be announced

Head Honcho, Editor in Chief and writer here on VENTS. I don't like walking on the beach, but I love playing the guitar and geeking out about music. I am also a movie maniac and 6 hours sleeper.
@rjfrometa
Previous LARKIN POE Premiere Video For “Bleach Blonde Bottle Blues” and New Track “Sometimes”
Next Palmyra Delran Releases New Single “I Thought You Said That You Were Gonna Kill Yourself”