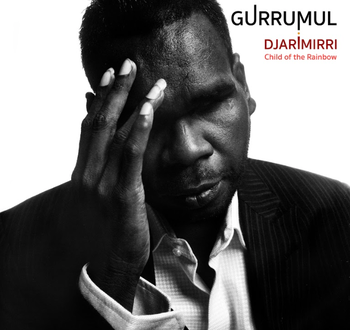 Gurrumul Documentary Gets U.S. Premiere At AFI Docs: ‘Djarimirri Child Of The Rainbow’ The #1 Australian Album To Be Released in USA July 13th 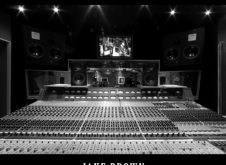 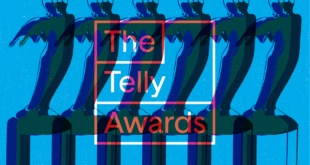 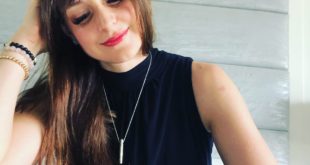 The final chapter in the musical story of Gurrumul, the highest selling Indigenous musician of all time and an Australian icon, will be written on July 13 with the release of ‘Djarimirri (Child of the Rainbow)’.

A companion documentary just premiered at the AFI Docs Festival in Silver Spring, MD last night to a standing ovation. We have a special press screening in NYC June 19th at 6pm with limited availability.

Over four years in the making and completed just weeks before his passing in 2017, ‘Djarimirri (Child of the Rainbow)’ is Gurrumul’s gift to the world, an astounding achievement of music, presenting traditional songs and harmonised chants from his traditional Yolngu life with dynamic and hypnotic orchestral arrangements in a blend of the highest forms of both his culture and our European orchestral tradition. It’s a final message. A window into his supreme culture. A recording of an iconic artist at his creative peak, and a legacy that will not be surpassed.

Created in consultation with his elders and meticulously pieced together note by note, phrase by phrase to ensure an accurate and reflective piece of art, ‘Djarimirri Child of the Rainbow)’ was not only Gurrumul’sexpression of himself through song, but also a historical document, designed to give Australia and the world a deeper insight into his life and the life of his people.

“Last year we sat and listened to these recordings over and over again, from beginning to end and piece by piece, pulling them apart and putting them back together until all elements shone. We had finished the incredible process, preparing to release it and then we lost him,” said long-time musical collaborator and friend Michael Hohnen. “We had played many of the pieces live over the past few years of touring and planned how the pieces would work before we recorded them in the studio. He was immensely proud of what we achieved on this album and it is an emotional experience for all of us to present this final enormous chapter in his story with this musical statement.”

Recorded across many sessions and many years, the album was a labour of love produced by Michael Hohnen with orchestrations and arrangements by Erkki Veltheim. The album features members of the Australian Chamber Orchestra and Sydney Symphony Orchestra, creating an other-worldly soundscape, bringing western tradition to Yolngu culture in a true artistic representation of togetherness and mutual respect.

Blind from birth, Gurrumul has been revered as one of the most important figures in Australian music history. His music has reached well beyond his native Elcho Island, selling over half a million albums worldwide. The highest selling Australian Indigenous artist in history, Gurrumul emerged from the Galiwin’ku community off the coast of Arnhem, earning a multi-platinum album in Australia with his debut. Singing in his native language, he went on to attain a silver album in the UK, and chart across the world, singing for audiences including Queen Elizabeth II and Barack Obama. His singing could be heard both in Yolngu languages including Gälpu, Gumatj or Djambarrpuyngu as well as in English.

Known most perhaps for his voice, he counted among his fans Elton John, Sting and Quincy Jones. Yunupingu was a veritable virtuoso, with skills extending across multiple instruments. He played keyboard, drums, guitar (a right-hand strung guitar which he played left handed), and didgeridoo.

Though his meteoric success took him far and wide from his Elcho Island origins, Gurrumul never strayed far from his community, serving as the backbone of the Yunupingu Foundation, serving young people in the Northern Territory.

‘Djarimirri (Child of the Rainbow)’ will be unveiled in North America on July 13, ahead of the cinema release of GURRUMUL, an astonishing documentary tracking his life and achievements written and directed by Paul Williams. The film had a standing ovation during its international premiere  at the 2018 Berlin Film Festival and was released in cinemas in Australia in April of this year. American plans are in the works.

GURRUMUL is a portrait of an artist on the brink of global reverence and the struggles he and those closest to him faced in balancing family, country and traditional life with an international music career. Blind from birth, he found purpose and meaning through songs and music inspired by his community and country on Elcho Island in far North East Arnhem Land. Living a traditional Yolngu life, GURRUMUL is a story of the clash of cultures behind the making of an Australian icon. ‘Djarimirri (Child of the Rainbow)’ completes the musical legacy of that story.

Head Honcho, Editor in Chief and writer here on VENTS. I don't like walking on the beach, but I love playing the guitar and geeking out about music. I am also a movie maniac and 6 hours sleeper.
@rjfrometa
Previous NOTEFORNOTE MUSIC PRESENTS HIGHER POWER – ORIGINAL MOTION PICTURE SOUNDTRACK
Next STEFFLON DON RELEASE BRAND NEW VIDEO FOR SINGLE ‘SENSELESS’ 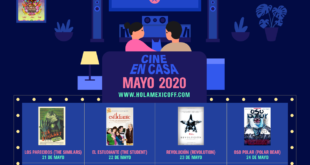