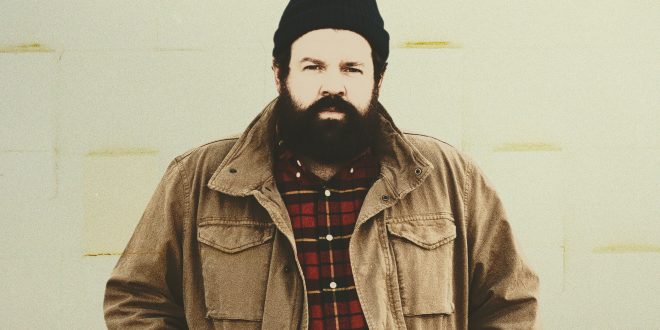 Donovan Woods’ new album ‘Both Ways’ (Meant Well) is less an LP and more a collection of short stories and anecdotes brought to life with radio-ready acoustic accompaniments, and Woods’ low, stirring, and unmistakable rasp. The multiple JUNO Award and Polaris Music Prize nominee today shares details and artwork for his fifth full-length, and follow-up to the highly praised ‘Hard Settle, Ain’t Troubled’. Recorded in Toronto, and produced by James Bunton, ‘Both Ways’ will be available April 20, 2018.

The twelve new songs are an ambitious lyrical and sonic departure for the songwriter. The album is laid with beautiful nuances that make the songs feel intimately raw and tenderly familiar. Citing the work of poet Bronwyn Wallace, novelists Richard Ford and Alice Munro as major creative inspirations for his approach to ‘Both Ways’, Woods says “The writing I have always liked, is about things that are indicative of a world but not the entire world.” He continues, “I’m inspired by writing that lead you into the room and then leave you to fill in the details.”

On ‘Both Ways’, Woods accomplishes this and more, as evidenced on first single “Burn That Bridge.” The up-tempo song takes a look at the beautiful, complicated, and potentially dangerous risks one takes when falling in love with their best friend. “It’s about falling in love with your friend and that early-relationship feeling that, suddenly, clearly, you’re never going to need anyone else ever again,” explains Woods.

Splitting his time between homes in Nashville and Toronto, Woods has made a major mark as an artist and performer, with sold out tours and amassing over 45 million streams of his solo material, with more than a million monthly listeners on Spotify alone. In addition, he has garnered the respect of major songwriters and singers on both sides of the border, writing songs for (and with) the likes of Tim McGraw, Charles Kelly (Lady Antebellum), Billy Currington and Charlie Worsham.

Head Honcho, Editor in Chief and writer here on VENTS. I don't like walking on the beach, but I love playing the guitar and geeking out about music. I am also a movie maniac and 6 hours sleeper.
@rjfrometa
Previous MATT GRESHAM RELEASES NEW MUSIC VIDEO FOR ‘HOME’
Next SINGLE REVIEW: Bitch I’m The Shit by Yaysh