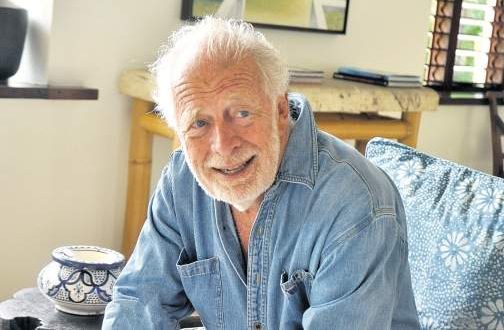 Primary Wave Music Publishing, the leading U.S. independent music publishing company, announced its partnership with the legendary record producer and founder of Island Records, Chris Blackwell. The deal includes a $50 million investment and majority ownership into a new venture with Blackwell to be called Blue Mountain/Primary Wave Music and includes the catalog of the legendary Jamaican singer, songwriter, musician, guitarist, musical and cultural icon, Bob Marley. Included in the deal are rights to all of Marley’s biggest hits including “Could You Be Loved,” and “Is This Love,” as well as other artists on Blue Mountain Publishing’s roster including Free, Toots and the Maytals, John Grant, John Martyn, and the newly signed Chronixx and Skip Marley. The new venture, which comes on the heels of Blue Mountain Music’s 50th anniversary, will also provide significant capital for Blackwell to continue to acquire and sign iconic, legendary artists as well as up-and-coming stars.

“I am thrilled to be taking Blue Mountain Music into the future with the structure that Primary Wave has in place,” says Chris Blackwell. He goes on, “I have known Larry Mestel for a long time and am thrilled about this partnership and genuinely excited about the future of music.”

“Bob Marley is respected in every corner of the globe. He changed the cultural ethos of generations of human beings,” says Lawrence Mestel, Founder & CEO of Primary Wave Music Publishing. He goes on, “It’s an honor to partner with my longtime mentor, Chris Blackwell, who, like Bob Marley, has shaped the landscape of taste in music through innovative marketing and genius artists developments.”

Head Honcho, Editor in Chief and writer here on VENTS. I don't like walking on the beach, but I love playing the guitar and geeking out about music. I am also a movie maniac and 6 hours sleeper.
@rjfrometa
Previous BREATHE CAROLINA JOIN FORCES WITH SUNSTARS TO UNLEASH RIOTOUS COLLABORATION DYSYLM ON MUSICAL FREEDOM
Next HIDDN emerges from the dark alongside RIVERO on ‘Shadow’