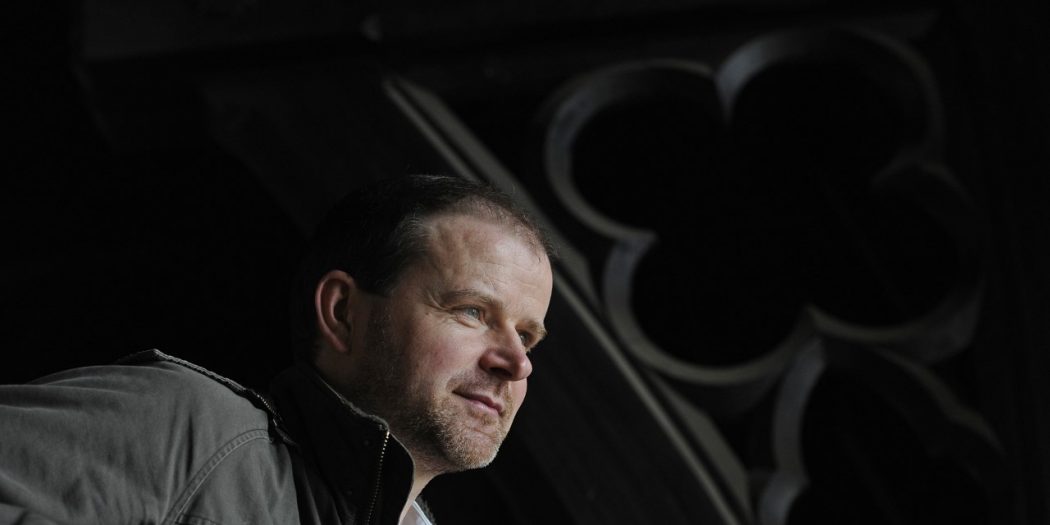 Steve Adey’s third studio album, ‘Do Me a Kindness’, was released last Friday via Grand Harmonium Records. The album contains nine cover songs plus an adaptation of a poem by Hermann Hesse. The album marks Steve’s first release in four years, following on from the critically acclaimed ‘The Tower of Silence’ (The Sunday Times ‘Album of the week’). The album will be available on CD, vinyl and digital download.

Adey recently teamed up with the magazine for an exclusive track by track behind the meaning and reasons why he choose to cover each song on this record.

I was always struck by the imagery and ambivalence in her music. I used the narrative in ‘Rorschachs / The Unsigned Painting, which is about a Golem beast, and then segued into Bowie’s ‘Sense of Doubt’. I selected the opening lines in isolation as I felt it worked better in the context of the album.

There is a huge sonic template on the records he made with Brian Eno in Berlin. It was really experimental and pushing the rock/pop boundaries. The great artists consistently reinvent themselves and Bowie was the epitome of that. I used the same German reverb on the motif – but from then on it was totally free-form.

I love White Chalk, an album of seamlessly constructed songs that work best when listened to as a record from start to finish.

I think that’s something that we’re all trying to achieve when making records. You want to capture someone’s imagination for a little while and have the listener completely immersed. These songs are about (for the most part) family and mortality.

The more I worked on it the more desolate it became and the less ironic it became. So I was more interested in a juxtaposition and slowing it down exposing the words more. It wasn’t a novelty piece or some peripheral vision.

Mary Margaret O’Hara ‘To Cry About’

I titled a song from my debut record Mary Margaret O’Hara, so I’m clearly in thrall. It was her voice that totally blew me away initially, but then the songs have a long lasting impression, too. To Cry About is a tragic love song…”There’s no you in my hereafter.”

Nick Cave ‘God Is In the House’

I wouldn’t do a piano/vocal take of a Nick Cave song, especially a song taken from No More Shall We Part, probably my favourite Bad Seeds record. We recorded in a church and used the harmonium as the lead instrument. It was about feel and balancing the instruments; two or three mics capturing the performance and the room.

Bob Dylan ‘I Want You’

In the studio, we had this ’70s organ with a built-in rhythm machine – we had fun with that. The challenge was to make it work sonically alongside the other tracks. What I take from Dylan’s music for the most part is the songwriting,  especially the lyrics. You can learn a lot dissecting his songs.

I used the studio and mixing desk more and wanted to push the sonics. I played everything on this, tracking in isolation. I was thinking more about atmospherics and processing but still wanted to keep the song and vocal at the forefront.  I didn’t want to stay too close to the original version, although certain elements, such as the guitar melody for example, I played on keyboard and buried them so it’s barely recognisable.

It’s an old testament plea to do God’s “dirty work”, to kill for your God. I was drawn to that warped idea that perhaps the devil could work through God. I liked the initial rough version we recorded with only two/three mics. There was something about the middle section especially – it had the right feel and the playing just about hangs together.

Herman Hesse ‘How Heavy the Days’

It’s mournful, tragic and beautiful. I was reading a lot of Hesse’s work, and constructed the music around a translation by James Wright. It was very immediate and felt like the music was given also.

It think encapsulates the feel of the record really well.

He never overplays anything and there is always a reason for notes to exist on his records. I wanted to make something that was more ornamental. It’s a word that I wouldn’t normally use to describe the music that I make, though in this case I wanted to push the arrangement and have it more full-blown.

Head Honcho, Editor in Chief and writer here on VENTS. I don't like walking on the beach, but I love playing the guitar and geeking out about music. I am also a movie maniac and 6 hours sleeper.
@rjfrometa
Previous ADVENTURE CLUB Announces ‘Forever’ Tour with Stops in NYC, Washington D.C., and More
Next Debby Ryan & Alyson Stoner Learn Self Defense from World Renowned Krav Maga Instructor & YouTube Influencer A.J. Draven