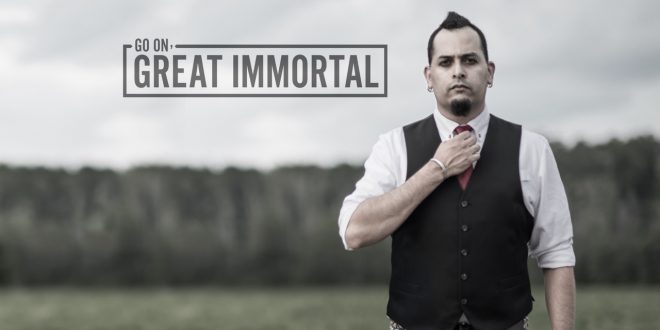 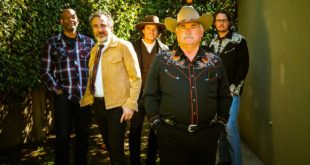 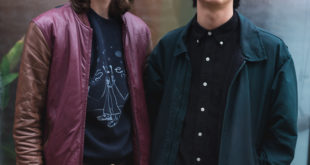 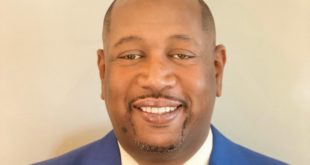 Hi Gogi, welcome to VENTS! How have you been?

Great! Thanks for taking the time out to learn some more about me and the new music.

Can you talk to us more about your latest single “Black Waters Rise”?

Sure. “Black Waters Rise was a song that just kind of happened without warning. It was late one night (maybe 1:30am or 2:00am) and I may or may not have had one too many beers.  Right before I was about to head to the bedroom, the main riff just sort of popped in my head, and I immediately loved it. I knew if I didn’t sit down and work it out at least a little then I would lose it, so I stayed up another thirty minutes or so, worked it out and recorded it on my phone.

The song itself just had a nasty sort of sarcastic feel to it and a lot of times when I write songs I focus on the melody itself and don’t have actual words for the song. And sometimes to figure out what kinds of words or phrases will fit within a melody, I’ll just put in words whether they make sense or not. Once I am happy with the melody and phrasing then I will think about the song more deeply and form actual thoughts and ideas that fit the phrasing. In this case, though,  “Yeah. Oh you’re gonna make black waters rise” just kept coming up and I had no idea why. At the end of the day nothing sounded better there so I just kept it. For me, it eventually took on the meaning of someone who blames everything around them for their bad situation and needs the people around them to drown along with them in their own misery. So if you’ve never heard the phrase “make black waters rise,” it’s cause it never existed until now. You’re welcome. Haha.

Did any event in particular inspire you to write this song?

There was no one particular event, but just a lot of people in and out of my life at various times that had such a negativity surrounding them that it affected anyone who came near. Even today with Social media there’s those select people that you see constantly, “Oh my life sucks, oh nothing ever works out for me, oh I cant ever catch a break.” If I’m being completely honest, I know I was that kind of person at one point in my life and I think that’s why I’m so sensitive to it and am quick to run away from those types of people. Its certainly not something I am unfamiliar with as probably most people are. You gotta weed that negativity out before it brings you down.

Any plans to release a music video for the single?

There is a lyric video out for it now. (https://www.youtube.com/watch?v=j2J9zT3Eca0) I don’t know that I’ll do an actual video for that particular song but anything’s possible. My head is always working and I’m always thinking of ideas that would be cool representations of the songs so…you neer know…you may see a video before too long.

The single comes off your new album “Flawed.” – what’s the story behind the title?

I think it really just fit with the content of the record. None of the song titles felt like they really represented the whole record to me, but this was just a title that I felt like…”yeah, that’s it.” It just seemed perfect to me. Also, it really is all encompassing. I, as a person, am obviously flawed, but also the music and vocals within aren’t perfect. Everything isn’t edited or tuned to death and made to be this perfectly symmetrical pre-packaged glossy product. I think of albums back in the day that weren’t made THAT long ago before the culture of perfecting everything and having this almost robotic and mechanical production sound at times, and how they have “mistakes” in them. But when you go back and listen, those “mistakes” are really just part of the song now and part of the character of what makes the songs so great. The unintentional guitar pick scrapes and the slightly flat vocal that had more emotion than technical prowess attached to it. The slight speed up or slow down of the drummer that you aren’t sure if you can hear but you can definitely feel. Those aren’t mistakes…they are human musical moments. I love the album. I’m super proud of it. Its super personal but its still something I’m not afraid to throw out there…even if it is “flawed.”

Tough a lot of times. Doing this alone without band members was probably the biggest challenge because I didn’t have any sounding boards to bounce ideas off of. And when you don’t have those sounding boards your confidence can get pretty low and cause you to question anything and everything you are doing. It was a four year process of getting all of this together but really the majority of the record was written and recorded in the final four months. It was around that time that something just clicked and I decided I didn’t care about anything else, I was able to get out of my own head and I allowed myself to make the record I knew I wanted to make. Hopefully people would like it but if not I had to make sure it did what I set out to accomplish. After a lot of ups and downs I feel good about the outcome and I’m excited to get some more music out there. I’ve actually already been working on the next release.

What is it about the 90s that fascinates you that much?

Everything. Coming off the heels of the 80s and hair metal and glam (which a lot of, I liked), the 90’s was just that dark, sometimes angry, sometimes depressing voice that I felt like really tapped into something I hadn’t heard or been able to express before.  Alice In Chains and Soundgarden and bands like that really touched a nerve with me that never stopped and eventually I’d just grow into loving even more music form that time. There are bands I’ll come across now that I didn’t care for then and I have a whole new appreciation for them. I have a hard time getting into bands when they are shoved down your throat and you hear them at every turn so back then I couldn’t get into Nirvana or Pearl Jam because it was just everywhere but now I absolutely love both bands and appreciate their contributions to music so much.

Would you call this a total departure from your previous musical projects?

I don’t know that it’s a total departure but its definitely different. The most obvious point being that I’m singing and that automatically changes the vibe, but I’ve always contributed to writing in all of my previous projects so there’s always been “me” to a certain degree in everything I do. But with Go On, Great Immortal I wrote, produced, played all instruments and sang everything on the record. So…if you don’t like it. It is absolutely my fault. Haha.

What aspect of your life did you get to explore on this record? Where did you find the inspiration for the songs and lyrics?

Every aspect. Its really kind of a retrospective record for me because I tapped into some things of the past a lot and was able to get some of that out which was eye-opening and great at the same time. It did what music is supposed to do. Its supposed to speak your language, make you feel like you aren’t alone and help you get through it, and that’s exactly what this record did for me in a lot of ways. Inspiration came from a lot of different places. There are songs on here that I can pinpoint exactly how I felt at a given moment that the song is about, and now that’s been furthered with being able to pinpoint how I felt at the time the song was actually written. For example, the song, “Brace Yourself,” is about that split second before you react to some of the worst news you’ve ever heard in your life and how the shock of it all hasn’t allowed you to realize it but you know its coming. While writing that song I knew how I felt about the event I was writing about and now I know comparatively how I felt at the actual time of writing it. It’s a very strange and interesting thing…sometimes its really cool…sometimes, not so much.

Don’t have any plans not to!

What else is happening next in Go On, Great Immortal’s world?

This is a passion project for me, and I just want to see where the journey takes me. I am currently writing for the next release, and will continue to do so. I hope people dig the music and get something out of it and I’d love to hear from them all through the website (greatimmortal.com) and on social media. Shows are definitely a possibility but still trying to figure all that out. For now all I can say is stay tuned and see where this journey takes me and I hope people jump on for the ride. Run, tell the others!

Head Honcho, Editor in Chief and writer here on VENTS. I don't like walking on the beach, but I love playing the guitar and geeking out about music. I am also a movie maniac and 6 hours sleeper.
@rjfrometa
Previous INTERVIEW: NateWantsToBattle
Next GOLDEN VOICE PRESENTS KYLE DIXON & MICHAEL STEIN PERFORMING THE MUSIC OF “STRANGER THINGS” 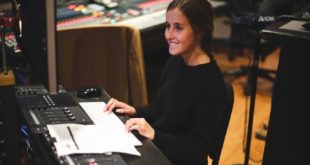 For many music industry career professionals, specialization is the name of the game. But ever …