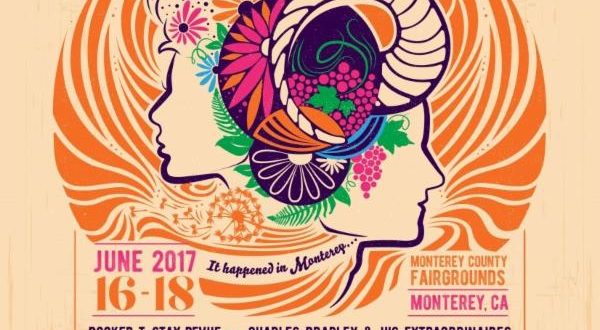 Lou Adler, one of the original Monterey International Pop founders who co-produced the 1967 festival alongside John Phillips of The Mamas & the Papas, is involved once again in overseeing the festival weekend. Lou said, “The Monterey International Pop Festival cannot be duplicated but can be celebrated and will be, by the performers and the attendees at the 50th Anniversary festival.” Monterey Pop has been called one of the most important events in the history of Rock & Roll music. It was the first major rock festival and rock charity, a forerunner and blue print for charity concerts such as Live Aid, Farm Aid, as well as the commercial festival landscape of today. The festival was a historic musical and cultural explosion, introducing the world to Janis Joplin, Jimi Hendrix, Otis Redding and The Who, to name a few.

Gregg Perloff, CEO of Another Planet Entertainment said, “When we set out on this endeavor, we had one goal: not to recreate the original festival but to honor it.  How do you put on a show in 2017 with some of the sweetness and innocence of 1967? Of course, we’ll have a great sound system, but we’ll forego large video screens and overwhelming production for a more classic feeling.  Lest we forget, it happened in Monterey…” Paul Tollett, President and CEO of Goldenvoice, said, “Fifty years later the influence of Monterey Pop Festival is still felt, an impeccable lineup at the perfect time.” Artists confirmed at Monterey Pop Festival 50 have all taken inspiration from talent and performances from the original version in 1967. Some performers will pay homage to those who came before them with a set of their own songs, as well as a nod to the artists from the original lineup.

With its motto, “Music, Love and Flowers,” Monterey Pop drew hundreds of thousands of people to Northern California in 1967. It was a celebration of benevolence and cultural change, the key event of the Summer of Love, and one of the chief defining moments of the baby boom generation. It presented rock music as a movement, not just in California, but globally. Preceding Woodstock by two years, it was the first major rock festival and started the rock festival tide. It was multi-racial; it was national and international; it brought together musical talent from diverse genres; it established new rock stars as art and culture leaders; and legitimized and kicked off the rapid expansion of rock music into today’s multi-billion-dollar industry.

The goal of this celebration is to memorialize Monterey Pop’s importance, legacy and lasting impact on contemporary culture with live music performances, unique experiential activations, historic memorabilia and art installations. Additionally, Goldenvoice and Another Planet Entertainment will work together with the Monterey International Pop Foundation, which Lou Adler serves as Director, to give back and ensure this historic festival continues to inspire and empower music lovers in need.

Head Honcho, Editor in Chief and writer here on VENTS. I don't like walking on the beach, but I love playing the guitar and geeking out about music. I am also a movie maniac and 6 hours sleeper.
@rjfrometa
Previous FIONA SILVER Premieres Debut Video “Take Me Down”
Next LAUREN FAITH Releases ‘Let Them Talk’